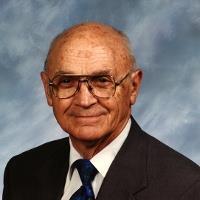 I'm 69 years old. He was my DR when I was small. He'd bring me chocolate milk to drink before he'd give me a shot. He'd come to our house. He will be so missed by many. What a sweet man of God.

He was our Doctor when I was growing up. If Dr. Bailes couldn't help you, you weren't long for this world. :) He embodied to me what a caring physician looked and acted like, and inspired me to go into the medical field. What a wonderful Angel.

Dr. Bailes and I were clASSMATES IN kANSAS CITY. i LOST CONTACT WITH HIM AFTER GRADUATION. i HAVE advanced Parkinson's disease and am unable to type except by hunt and peck. Oscar will be best remembered for starting the West Virginia osteopathic medical school. I know he will be greatly missed by all who loved him deeply, including me. WELL DONE Oscar. See you when I come home. May the Lord Bless your works for ever.

Suzy and Cheryl, I am so sorry to learn of the passing of Dr. Bailes. He gave of himself for many, many years and was a loving and compassionate man. He leaves a wonderful legacy that will benefit so many people for years to come. My thoughts and prayers are with you both and your family.

Jerry- you will be so missed! Thank you for your kindness and joy! Thank you for helping my brother and I get to a private school while we lived in a gang neighborhood. Thank you for picking me up in VA to sing at your church in WV and taking me back again! Thank you for being a mentor to my dad. I look forward to seeing you in heaven!! Love and blessings and comfort to your family!!❤❤❤

So sorry for your loss. Judy Fleming

Dr. Bailes was loved by many. He was our family doctor, and one of the best. My thoughts and prayers are with his family. Rest in peace.

Get email updates about Oscar Bailes, D.O. delivered directly to your inbox.