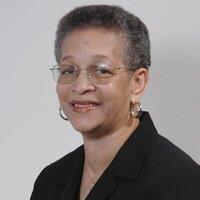 Healing prayers of comfort to The Fortune Family.

Upon reading your Obituary I was awed...What an accomplished woman..a remarkable humanbeing!! I am deeply saddened to have missed out on the opportunity, the honor of knowing you. Although I know your family grieves your physical presence, you have left a generational Black woman's template for how to live a productive life, filled with an abundance of resiliency, grace, beauty, service and above all love. We all know that when you entered Heaven's gates Our Father proclaimed, " Job well...

Mama Pat was and STILL is a one of kind woman. A kindred spirit to me as a fellow creative and a wonderful bonus grandma who made me feel welcomed and loved. I will miss her warm and easygoing spirit that made me smile from the inside-out. A family treasure forever. Rest in His glory!

An angel has got her wings! May God grant you peace during this bereavement period.

Praying God give You All the needed strength to get through this most difficult time. Love and Prayers

May God comfort and strengthen you and your family at this difficult time. We pray that precious memories bring you peace.

GOD BLESS Aunt Pat and Family on this Special Day of Celebration of Mom Pat's Life- GOD BLESS and LOVE You All! Tina Harris Bennett and Family

Dear Family,
Keeping you in thought and prayer. Find comfort and peace in the loving memories that you share... Aunt Pat will be greatly missed!
Love you

Denee -
DeWayne and I are praying for you and your family. Praying for God's peace and strength. God bless.. Anita and DeWayne R.

Get email updates about Patricia Fortune delivered directly to your inbox.

Mrs. Patricia Whitsett Fortune passed away peacefully on Wednesday, May 26, 2021 at home with her loving family.

Patricia, (affectionately known as “Pat”), was born on March 9, 1939 in Greensboro, North Carolina to the late Louise Whitsett. She was educated in the public schools before attending Immanuel Lutheran High School / College.  She also attended the HBCU, North Carolina A&T State University.

Pat met and married the love of her life, Frank Fortune and they were happily married for over 60 years.  As she was a proud ‘tomboy’, they first met on the softball field where she was allowed to play ball with the boys because she could slide and because she had three brothers. She was always a strong black woman and both she and Frank served as role models, mentors and ‘Ma and Papa Fortune’ to many.

Her Aunt Bert had a great influence on her as a child, sparking her creative interests and inspiring her in the fine arts of cooking, baking, sewing and other creative endeavors. Being independent minded, this also instilled in her an entrepreneurial spirit that continued to grow over the years.   As children, she and her cousin Bette made macaroni jewelry. This came full circle years later when Bette taught Pat the art of creating fine costume jewelry that inspired them to launch ‘Bette’s Beads’.

Pat worked at Sears, Roebuck and Company for many years as she and Frank raised their young family.  After leaving Sears, she began to shape her creative hobbies into a business, which she named ‘Pat’s Parcels’.  She baked homemade breads and delicacies and also created unique handmade dolls, jewelry, crafts and personalized gift baskets.

Honing her skills as a self-described Folk Artist, Pat had many different creative collections.  Of her ‘Pat’s Angels Collection’ she wrote: “I am a North Carolina folk artist who always felt that angels are a comforting source in my life. I believe those dear to me who have passed on are now a part of my angel network and help me to survive life’s difficulties and share in my many joys. These feelings led me to create my “Pat’s Angels” Collection.  Perhaps, you also can find comfort in my creations.”

Pat was a woman of many talents.  She was not only a folk artist, she was an avid collector of Black History, antiques and all things vintage.  She was also a playwright, community organizer, and a business owner.   She disdained mediocrity in herself and anyone else.  She was driven and used this drive to encourage and support others, especially young people, pushing them to do better or do more.  Following this passion, Pat spent some time teaching in the Greensboro Cultural Center’s after school program.

Pat was very active in lending her talents to organizations that supported small businesses and the arts both in Greensboro and the surrounding communities.  As a speaker, she has also spoken on diversity to Sam’s Club employees.

As an entrepreneur and community leader, Pat was a founding member of Ujamaa Merchants United, Inc. (UMU), a non-profit networking organization of African American entrepreneurs from the Triad area.  Wanting to give back to the community, Pat suggested hosting a Juneteenth Festival.  It was held on Father’s Day, June 19th 1996, establishing Greensboro’s first Juneteenth Festival.   As a result, that endeavor helped to launch other Juneteenth celebrations in Winston-Salem, Asheboro and throughout North Carolina. Pat was appointed as the N.C. State Director for the National Association of Juneteenth Lineage (NAJL) and to their Executive Board of Directors.   In collaboration with Lula Briggs-Galloway, then the President of NAJL, Pat helped to create the guidelines for “How to Start a Juneteenth Festival.”

During her tenure on the Executive Board of UMU, in 2007 the organization launched the Goombay Festival to celebrate cultural creativity and entrepreneurship in the black community.

Pat also supported her community as a member of the Greensboro Club of The National Association of Negro Business and Professional Women, Inc., (NANBPW), a support network for black-owned businesses including community service initiatives in areas of health, education, and economic development.

She was also a prolific writer and storyteller.  She wrote and directed first a skit, then a play commemorating Juneteenth,  ‘JUNETEENTH ---- A NEW BEGINNING’ depicting the day that the last slaves in America were held in bondage on a plantation located in Galveston, Texas.  This play became a staple in the Greensboro Juneteenth festivals for many years and was performed at the Greensboro Civil Rights Museum when they first opened.  Many other notable plays followed and were well received by the community.

Although she had many interests and important firsts, Pat was first and foremost devoted to her family.  She blessed our hearts and our lives with her creativity and grace. She left a legacy of love of family, strength of character, support of others, service to the community and creativity within our own realm.  We will miss her warmth, her laugh, and her hugs. Rest in Peace. We love you forever.

In addition to her mother, Pat was preceded in death by her brothers: Harold Whitsett, Maurice Whitsett and Perry Whitsett.

A family visitation will be held at Grace Lutheran Church, 1315 East Washington Street, Greensboro on Friday, June 4 at 1:00 pm followed by a private service.  Live streaming of the service is available at https://vimeo.com/560837245 and the passcode is fortune060321.  A video celebrating her life will play continuously before the service beginning at 12:45.  The service will begin streaming at 1:45.

In lieu of flowers, the family requests donations in Pat’s memory to either of the following:

Center for Outreach in Alzheimer's, Aging and Community Health (COAACH)