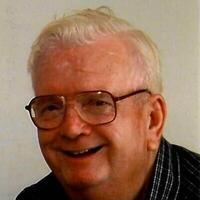 I remember seeing Uncle Paul in Kentucky at the house when Mom and I went down for the 4th of July, best time out on the porch with the guys, Uncle Paul, and Bobby years ago.

Or, everyone coming to Grandma's in Muncie for the 4th of July and everyone getting together.
Will be missed.

Sharon and I so enjoyed our visit with Uncle Paul and Linda last summer. We spent all day sharing memories and listening to him tell stories I hadn't heard before. Speaking of memories, my children have one of him they will never forget. At Grandma Brock's 80th birthday party at my parents' house, Uncle Paul told a story of someone trying to kill a wasp nest on his front porch using a burning rag on the end of a stick. It was a hilarious story. And the punch line was that the fellow doing...

Sorry to hear this - what a great guy... Loved working with him. He did some good programming at Tecumseh for us. My heartfelt sympathies to Linda & family... With Love, Robert

I worked with Paul back in the 80's, he did some programming for the company I worked for. Paul was always the same, such a nice man. Prayers for his family.

Fondly remembering the happy times spent with Uncle Paul and family, including camping trips, while growing up and at reunions/family visits as an adult. Loved the visits to Eubank and fishing on Lake Cumberland. Sad to have missed the planned Spring trip to Florida, when we would have spent time catching up on life. My prayers are with you Uncle, the Adams family (cousins) and Aunt Louise. Geraldine and Paul are finally reunited with their mother Roma and the rest of their family in Heaven....

We Loved he and Ruth so Much and shared such precious Memories !!!

So sorry to hear of Paul's passing. He was always a joy to be around and was ready to give good advice on growing things. A fine man and my 5th cousin.

Get email updates about Paul Adams delivered directly to your inbox.

Paul Ravine Adams, 86, of Eubank, passed from this life on Monday, October 19th, 2020 at the Lake Cumberland Regional Hospital. He was a loving husband, father, brother, grandfather, and great-grandfather. Paul was born November 5th, 1933 in Premium, Kentucky. He joined the US Air Force in January 1952 where he proudly served his country for 20 years, 6 months, retiring as a Sr. Master Sergeant in July 1972. He was a Korean War Veteran. After retirement, Paul worked as a contracted computer programmer for various companies in the Somerset area. He married his soul mate, Georgia Ruth Adams, on September 13th, 1956 and they spent 60 fun, loving, & adventurous years together. They raised three children and spent their time traveling, camping, fishing, and doing all things outdoors. Paul loved reading, working sudoku puzzles, crossword puzzles, spending time on his computer, but mostly spending time with his family. Paul was preceded in death by his parents, Roma Brock and Curtis Adams; two sisters, Helena Ledbetter and Geraldine Davis; and his wife, Ruth. He is survived by three children, Donna & (Jim) Horton of Brentwood, TN, Linda & (Danny) Blevins of Eubank, KY, and Bobby & (Angie) Adams of Woodstock, GA, six grandchildren, and ten great-grandchildren. A Funeral Service will be held at 11:00 AM on Friday, October 23rd, 2020 at the Chapel of Morris & Hislope Funeral Home with Bro. Emory Caudill officiating. Live stream of the service will be available on the Morris & Hislope Funeral Home Facebook page. Military Honors will be conducted by American Legion Post # 38. Burial will be in Friendship Cemetery. Visitation will be after 9:00 AM Friday, October 23rd, 2020 at Morris & Hislope Funeral Home. In lieu of flowers, donations can be sent to the Semper Fi Fund, which provides immediate and lifetime support to injured members of all branches of the US Armed Forces and their families. Donations can also be made to Friendship Old Regular Baptist Church. C/O Harlan Eldridge  at 371 Planters Way, Somerset, KY 42503. Morris & Hislope Funeral Home is in charge of the arrangements.