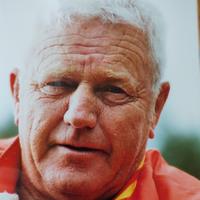 Linda and family,
So sorry to hear about Paul and please accept my sympathy for your loss.

Linda and family,
Sorry to hear about Paul’s passing. Along with being “one of my guys” who went on to become Maintenance Chiefs, I also considered Paul a true friend.

Paul was such a good friend, we had many exciting times in hunting camp, of course all time spent with Paul was a good time! So many good memories, going to miss him, 45 years he was in my life, now, in my heart forever.

Get email updates about Paul Bronson delivered directly to your inbox.

Paul W. Bronson passed away peacefully at home on December 4, 2020 after a long battle with cancer. Paul was born in Butte, MT on Oct. 19, 1943 to John and Ethel Bronson. He had 3 older siblings: John, Joan (Guindon), and George.

Paul had several careers on his life’s journey. He joined the Air Force at age 17 and served for 5 years. After the military, Paul came home to Butte and worked in the Kelly mine for a short time before realizing that working underground was not for him. He then worked at the Berkley Pit as a shovel operator until 1975, when he and his wife Linda (Briggs) decided to trade the mining life for ranching. They bought an 80 acre ranch in Charlo, MT which they termed as “just enough land to go broke on”. They raised their kids on the Charlo ranch until 1986. For the last 25 years of his career, Paul worked for the Montana Dept. of Transportation beginning as a truck driver in Charlo and eventually earning his way up to Maintenance Chief of the Billings division.   Upon Paul’s retirement, he and Linda moved to a home they built in the mountains outside Anaconda. Paul became a member of the Anaconda Sportsman’s Club and the Ancient Order of Hibernians. Paul and Linda spent a few winters being snowbirds to Arizona, but in the end, they returned full time to Paul’s birthplace and bought their final home in Butte, MT.

Paul is survived by his wife of 53 years, Linda, their two children Jon and Karin, and a niece, Dori, whom he regarded as a daughter. Paul also has 4 grandchildren, Ryan, Tucker, Lauren, and Marshall, and one great grandchild, Benjamin.

Paul enjoyed many things in his life including sky diving, hunting, fishing, golfing, and 4 wheeling. He will be remembered for his countless stories of adventures, often involving a combination of hilarity and risk of peril.   Those who shared in adventures with him, or were fortunate enough to hear the stories, will remember him well. A remarkable man loved by many, Paul was strong and retained his sharp wit to the very end.

Services for Paul will be delayed until such time as it is safe to gather. Reach out to the family for details of a future service. In lieu of flowers, the family asks that a donation be made to your local food bank.