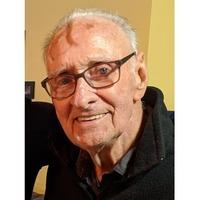 My deepest sympathy to the Cass family.

My most sincere condolence's to the family. Sending Love from an old friend...

So many great memories. He was a great example of a Christian man and a dad. He loved his family. He will be playing music forever.

Our love is extended to the family at this time of loss! We loved the opportunities when Paul would talk about his children and how much he loved them poured out through his expressions and laughter! We also shared our common love for motorcycling and would exchange stories!
May Gods comfort you during this difficult time of loss! Love, Glen & Julie Boprie

Paul was a wonderful person & will be sadly missed by everyone.

Sorry for the loss of your father. To my classmate Scott just wanted to say sorry

Although I didn't know Paul personally, I knew he was a great man. I have a personal relationship with his daughter Tracey, and she is a wonderful person. My condolences to his family and may God bless each and every one.

Get email updates about Paul Cass delivered directly to your inbox.

Paul Lavern Cass, 84, of Evart, passed away on Friday, January 29, 2021 at his daughter’s home in Reed City with his beloved family at his side. Paul was born on March 19, 1936 in Evart, the son of Bruce and Muriel (Shannon) Cass.

On Feb. 14, 1959 he married Betty Christie in Evart and they had seven children. Paul was honorably discharged from the United States Army and was actively involved with the Evart Honor Guard. Paul retired from Evart Products (Ventra) in 1998 where he was a tool and die repairman. He attended the Evart Evangel Assembly of God until his health began to decline in 2018. Paul served as a deacon and Sunday School teacher for several years. He also served his community as a volunteer firefighter and auxiliary policeman. Paul was a former Boy Scout leader and was always ready to help any way he can.

He enjoyed motorcycles and golf. He loved to play the piano, the guitar and sing. Paul’s legacy of love, his humor and compassion will be carried on by the family he leaves behind. They include: seven children, Scott Cass of Grant Center, Kelly (Jim) Decker of Reed City, Terrie (David) Halladay of Kalamazoo, Randy (Julie) Cass of Hersey, Tracey (David) Spurbeck of Evart, Steven (Laura) Cass of Evart and Jodi (Jack) Boden of Hersey; one sister, Dorothy Tryon; sisters-in-law, MaryLou Cass, Alice Cass, Audrey (Joseph) Rodenish and Diane Erickson; daughter at heart, Sheryl Cass of Evart; eighteen grandchildren, thirty-seven great-grandchildren and many nieces, nephews and treasured friends.

Burial services with military honors will be held at 2:00pm Saturday, May 15th at Osceola Township Cemetery.