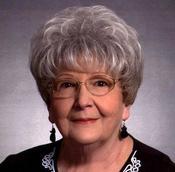 I miss you so much, Mama.

I was so blessed and honored not only to know Mama Peggy, but to be loved and embraced by her as a daughter. What a true honor that will always be to me. She has inspired me in so many ways. She was a true servant of God and her actions always mirrored her words. I strive to be more like her. I will always, always miss her smile, her laugh, her love....and her incredible spirit. What a treasure she was.

Every time that I now think of Mama Peggy, my eyes fill up with tears. Is it because of what a beautiful and kind soul she was and always made me laugh, or is it because she's passed on. Probably both... Miss you and love you always Mama...

My heart is broken at your passing. Your sweet smile and soft voice will be forever in my memory. How blessed I am to have known you, and though sad at your passing, there is comfort that you have found your eternal rest.

I'm sorry for your loss and she will be missed so much by so many. You are in my heart and my prayers. My condolences to all.

Peggy was a treasure to everyone who knew her.

Peggy always met me. as well as others, with a smile and friendly greeting. She always sang those spirituals as though the words were coming from the heart. Undoubtedly her friendly hellos and her gracious ways caused many to recognize that here was a special person. I always felt a little attachment to the Chanys through Odell's marriage to my uncle Herman Tate. May God bless you all as you remember her.

My condolences to all the family.

Get email updates about Peggy Chaney delivered directly to your inbox.