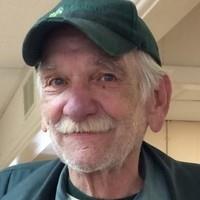 Mary and family, I am so sorry for your loss. Pete was a great friend and a great man. He will be missed.

Peter and Terri, We are so very sorry for the loss of your Father. Our thoughts and prayers are with you both and the family. Hugs ❤ Don & Kay Hendricks

We're so sorry for your loss Doris and Brian. Our thought and prayers are with you and your family.

He was such a wonderful person! We are so sorry for his passing. Our thoughts and prayers are with the family.

So sorry for your loss Pete and Terri I will say prayers for you and all of the family.

I am so very sorry for the loss of Pete; he and his family have been my friends for over 40 years. RIP Pete - May there be one more thing to photograph on the other side !

Our deepest condolences to the families. You will be greatly missed. May the perpetual light shine upon you Uncle Pete and may you Rest In Peace.

Our thoughts remain with you and your family at this time. We are honored by the trust and confidence you have placed in us during this difficult time.
- The Staff of James J. Dougherty Funeral Home

Get email updates about Peter Jenerette delivered directly to your inbox.

Born in San Francisco, California, he spent his childhood years in Glenolden, PA. He was a 1964 graduate of Interboro High School, and has been a resident of Levittown since 1976.

A veteran of the U.S. Air Force during Vietnam, he was ultimately stationed in Guam where he met and married his wife of 50 years, Mary (Naputi).

Peter was a member of Steamfitters Local #420 and worked as a boiler mechanic at Meenan Oil for 35 years until his retirement in 2014.

He enjoyed many hobbies including photography, woodworking, and collecting model trains. He had a fond appreciation of the outdoors and nature, spending much time in northern Maine.