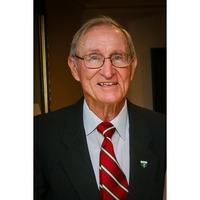 "Papa" will me missed by the Murdough gang - now older and so thankful for the times we were able to share. He can now sail with his lovely lady once again.

Get email updates about Phillip Smith delivered directly to your inbox.

Phillip Walton Smith passed away on Wednesday, August 26, at the age of 90.  After several months of declining health, Phillip died peacefully after a brief hospice stay.

Phillip was born in Alton, Illinois on October 5, 1929, to father Charles P. Smith and mother Mary Helen Smith.  After graduating from the John Burroughs School in Saint Louis in 1947, he headed east to Harvard College, then Yale University Medical School, attaining his medical degree in 1955.  Following graduation from medical school, Dr. Smith accepted a commission in the United State Air Force as a flight surgeon.  He attained the rank of Captain and was stationed at various bases across the US gulf coast ending at Patrick Air Force Base in Cocoa Beach, FL.

Phillip met the love of his life, Sally, in the summer of 1950 at Pleasant Bay Camp on Cape Cod.  He, the Head of Sailing, and she, the Assistant Head of Swimming, were destined to be!  The two married in 1952, and eventually settled in Fall River, Massachusetts.

A dedicated general surgeon in the Fall River community for over 30 years, Phillip enjoyed his free time on the water, feeding his passion for sailing, or beside the water where he volunteered as an official at his children’s many swim competitions, and where his wife Sally was often found coaching.  Phillip and Sally moved to Naples, FL in their later years where Phillip savored being on the water year round and also volunteered with the Coast Guard Auxiliary.