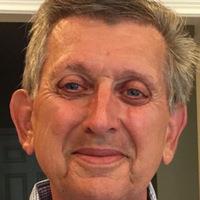 You and Preston had a marvelous life together producing 4 children,
9 grandchildren, and 2 great - grandchildren! What an accomplishment! Your memories will always be with you and your family! Sending you lots of memories and love! Rod and Sue Hornor

Condolences to the Browns.

Preston was such a good guy and great Dad. Carole Jean, my thoughts and prayers are with you and and your family. Joyce and Family

Our prayers and deepest sympathy to Carol and her family.

Carole, Sheryl, Kim, Joe & Jim
So very sorry to hear of the passing of Preston. He was a wonderful husband, father, grandfather & great grandfather. Loved seeing all of the amazing & beautiful wood art he had been creating over the years. My heartfelt prayers & warm hugs go out to you all, as you celebrate his life.

Get email updates about Preston Brown delivered directly to your inbox.

Visitation will be on Saturday October 24, 2020 from 1:00-3:00 p.m. at Northside Church of Christ in Bismarck, IL with a private service following. Please wear a mask if coming to pay respects to the family.

Preston was born in Danville, IL to Elston and Elsie Brown on September 21, 1942. He had two siblings, the oldest was his brother Bryon Brown who passed away in 1968 and his sister Carolyn (Brown) Murray who survives. He went to Bismarck schools. He married Carole (French) Brown on June 10, 1962 in Bismarck. His first job was working for his father at Brown Bros. Hardware which was a legacy family business. He worked for Hyster for 35 years until his retirement in 2001. Preston also had a side business as a tv and antenna repairman for many years. He was also a volunteer fire fighter and EMT for the town of Bismarck where he lived most of his life. He was a member of Northside Church of Christ. Preston was a very creative and talented person. In his retirement he became a self taught woodworker making various types of pieces for family, and then learned the art of wood turning where he made artistic wooden bowls. You could usually find him in his happy place which was his garage workshop turning a bowl, or in his comfy chair watching Gunsmoke or Youtube videos on woodturning. Preston gave the best hugs. He had an infectious smile that everyone loved. He enjoyed family vacations, playing cards, watching any old westerns, and loved watching the Grand Ole Opry.

Preston is preceded in death by his parents Elston and Elsie Brown, and his brother Byron Brown, 2 nephews Michael Murray and Timothy Murray.

Memorials may be given to Northside Church of Christ P.O. Box 199 Bismarck, IL 61814 All memorials will be given to Bismarck Blessings A special thank you to Preston’s life long friend Darrell Hickman at Grady Funeral Home.