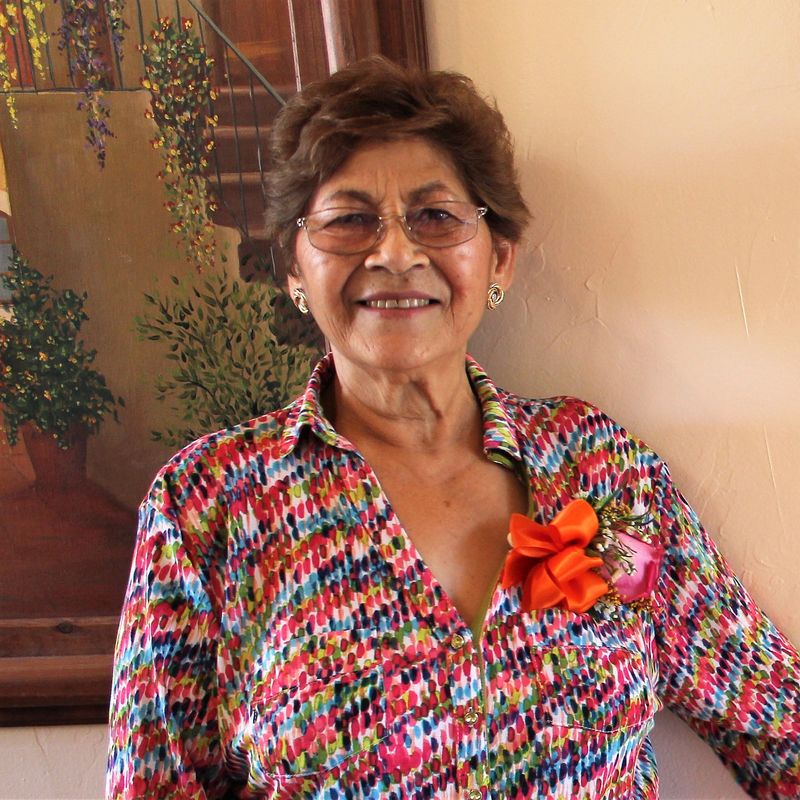 I am truly sorry for your loss. May the God of comfort give you peace and strength during this difficult time. Psalms 29:11.

My condolences to the family for your loss,

Please take comfort from knowing that our Heavenly Father cares about how you feel at this difficult time.
(1 Peter 5:6,7)
My thoughts are with you.

Jesse our condolences to you and your family. Praying for peace that surpasses all understanding.

Rachel, you were a wonderful lady and I know how much everyone loved you, and still do.

My deepest sympathy to the family. She leaves a wonderful legacy.

Rachael Vargas Ramirez, 83, of Indio, California passed away peacefully in her home on June 8, 2018, surrounded by family and loved ones. She was born on May 1, 1935, to Frank Vargas & Aurora Ronquillo Sanchez in San Bernardino, California. As a child she lived with her father in Rivera, California, and returned to lived with her mother in the Coachella Valley when she was 16, and remained in the Valley until her passing.

Rachael was married 42 years to her Husband, Luis Siqueiros Ramirez, until his death in 1998. She was the proud mother of five; Guadalupe Vargas Ramirez of Indio, Jesse Vargas Ramirez of Los Angeles, Susan Ramirez Bandrup of Poway, Luis Vargas Ramirez of Victorville, and Sally Ann Ramirez Mitchell of Redlands. Rachael's grandchildren, Erica & Patricia Bandrup, Lorelei Ramirez & Nicholas Mitchell, were her Angels on Earth. Rachael was also survived by her sons-in-laws, Eric Bandrup & Don Mitchell and her daughter-in-law, Melanie Ramirez. She was predeceased by both of her parents, her sisters Alice Tapia and Dora Valencia, and her brother Roy Vargas. She is survived by her brothers Raymond Vargas & Alfonso Sanchez, Jr., and her sisters Lucy Molinar, Norma Maxwell and Sylvia Aparicio, and her Aunts, Hope Ruvalcaba and Delia Armijo, as well as many nieces, nephews, cousins, in-laws and friends.

Rachael was a Retired Instructional Aide, and was employed with the Desert Sands Unified School District for over 30 years. Besides spending time with her children and grandchildren, Rachael loved cooking, reading, and watching Tennis and the Dodgers' with her sons.