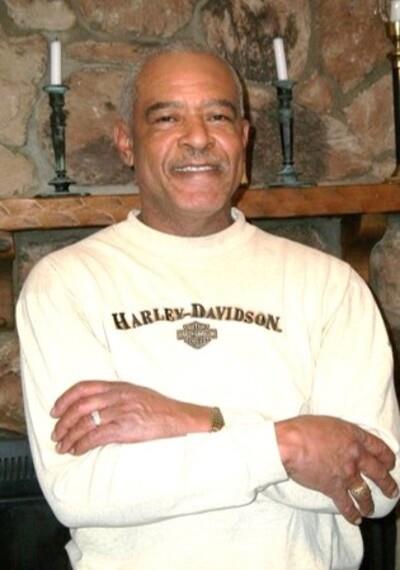 Rest in peace great friend for many many years. Always in my heart. Friends always until we meet again

im go miss you my cuz,you always knew how to put a smile on my face.i will always love you

Ralph was kind, friendly and never met a stranger. He and Rosita were like family. Ralph will be sorely missed by the entire Perry family.

Grief can be so hard, but our special memories help us cope. Remembering you and your loved one today and always. R.i.P. my brother fly high

Get email updates about Ralph Bruce delivered directly to your inbox.

Ralph Edward Bruce received his heavenly wings at home on Tuesday, June 15,2021. He was born on March 20,1955, in Charlotte, NC. The son of the late Ralph and Zeollie Morgan. He was raised with five sisters and brothers, and a host of cousins. Ralph was educated by the Charlotte-Mecklenburg School System. For a brief period, he attended Omaha Public Schools (Omaha, Nebraska). Returning to Charlotte, he graduated from Harry P. Harding High School in1973.

On August 4, 1990, Ralph married Rosita Izzard. With their union, the merging of their sons created a complete family. In 2004 they were given the opportunity to raise their granddaughter. He became a member of Christ Resurrection Church. He worked behind the scenes with his wife in the childrens’ ministry. Ralph was a team member of the Hilton Hotel Center City family. There, he earned numerous awards and received the title of the longest standing employee with more than 30 years of service. An avid motorcycle rider, Ralph was an original member of THE CHARIOTS OF THUNDER MOTORCYCLE CLUB. He served as vice-president, and worked hard to ensure new members learned the history of the club, and how to maintain integrity and dignity, along with the joy of riding.