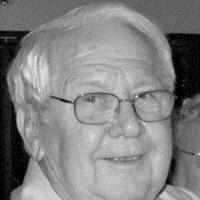 May the love of friends and family carry you through your grief. We enjoyed getting to know Richard at the reunions, Jim especially liked visiting with him at the “husband” table. Jim and Marlene Ludolph.

Our sincere condolences to Swannie and family. Richard was truly one in a million. Thanks for being such a good neighbor.

Richard was very friendly with a big smile. He added laughs and good humor to many family gatherings. He will be so missed by his family and friends.

I was very fortunate to have known Swany, Chris and Harold. They were always willing to stop their work to give me advice. A wonderful family and any one who knew them were blessed.

Very sorry Dave and family your father was a great man

When I was young in my trade I met Richard and Harold they were a great team , not to mention excellent at they're work. I look back at how fortunate I was to meet both of these fine Men. My sincere condolences to Richards Family . Kevin Cady Sycamore il

Chris was truly a gem, an absolute joy to all who knew and loved him. His was a life well lived. May his memory be a blessing and a comfort to all his beautiful family & friends. May he rest in peace. Our sincerest condolences. ~ Bobbie & Darrel

Get email updates about Richard Christensen delivered directly to your inbox.

Richard served in the Marine Corp as a Staff Sergeant during the Korean conflict. He was honorably discharged in 1959. He was a DeKalb School Board member in the 1980s.

Richard was an avid fisherman, enjoying annual fishing trips to Canada with his brother-in-law Harold and friend Eldon. He and Swany traveled extensively including over 20 vacations to Disney World, cruises, and trips to Norway, London and many states including Hawaii and Alaska. Their children fondly remember summers at the lake cabin in WI and trips to many states.

Richard and his brother-in-law, Harold Staurland, started Chris and Harold’s Carpet Service in 1962 and successfully worked in DeKalb County for over 30 years, throwing in their comedy routines for free.

Richard was preceded in death by his brother, Robert and sisters Signe, Jeanette, and Charlotte; son Norman in 1992; and grandson Kevin Anderson in 2007; and his brother-in-law, Harold in 2021.

There will be no services.  A celebration of life is planned for a later date.  Memorials can be made to the Richard E. Christensen Memorial Fund in care of Finch Funeral Home and Crematorium, 310 Oak St., DeKalb IL.