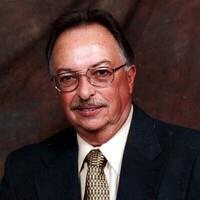 I am so sorry to hear of Dick's passing, Dianne. I didn't know him as well as I would have liked, but he was always one of my favorite people growing up. To know him as briefly as I did was a blessing.

Dick is missed! He was a great friend and a great mentor. From the first time we met through the Illinois Manufactured Housing Association, he was always willing to share ideas garnered through his years in the manufactured housing industry. We enjoyed many good times together ranging from serious industry talk to just plain fun sharing and laughing around a dinner table spread with good food.

A big brother to me when I lived with Uncle Mike and Aunt Pauline. A terrific cousin.

I’m sorry to hear about Dick. Thoughts and prayers for your family.
Tara De Rosa

Dick was a great guy and an important force in the manufactured housing industry. He will be missed.

I am so sorry for your loss. You all are in my thoughts and prayers.

Our sympathies to all his family. Dick was a great guy.

Get email updates about Richard DeRosa delivered directly to your inbox.

He was born February 8, 1943, to Michael and Pauline (Rose) DeRosa, both of whom preceded him in death. He married Dianne McClelland on October 18, 1964, in Mt. Sterling.

Dick was a US Navy Veteran. He was the former owner and operator of Mar-Vista Homes, Inc. He was a member of the Elks Club. He enjoyed playing cards, hunting, golfing, bowling and cooking. He was especially proud of his grandchildren.

He is survived by his wife, Dianne; children, Christel DeRosa and Todd (Andrea) DeRosa and grandchildren, Ashley, Angela, Mikayle and Rilyn.

In lieu of flowers, contributions may be made to: American Lung Association.