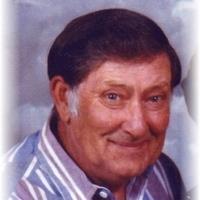 Love you and will miss you Grandpa Novie.

Get email updates about Richard Legrand delivered directly to your inbox.

Richard graduated from Paris R-II High School in 1952. After high school he farmed, worked at Toastmaster for 10 years and Maytag for 7 ½ years. He was a lifelong member of the Holliday Baptist Church.

Richard was lovingly known as the “Watermelon Man”, which gave him great pleasure as he thoroughly enjoyed growing watermelons and cantaloupes; and the occasional eggplant. He was an avid coon hunter, deer and turkey hunter and fisherman. Richard enjoyed spending time with his family and was truly a “family man”.

Memorials may be made to the Alzheimer’s Association.

Funeral arrangements were under the direction of Agnew Funeral Home.