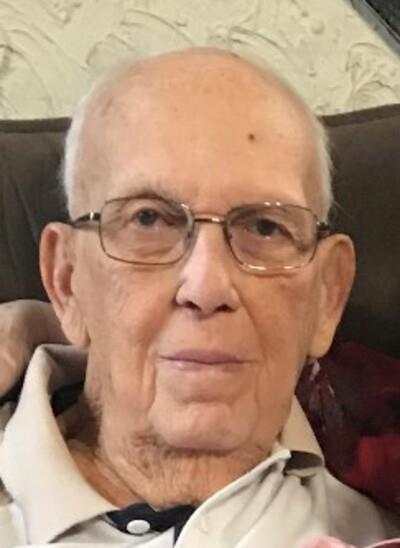 I worked with Richard for many years. I use to tease him about “squeezing the nickel till the Buffalo screamed”! He was such a good and kind man. It was a pleasure to work at McDonald Molding with him.

May the love of friends and family carry you through your grief. So very sorry for your loss I will keep you in my prayers and thoughts.
Love
Nikki Makowski

Get email updates about Richard VanDeWarker delivered directly to your inbox.

Richard A. VanDeWarker, 85, of Marine City entered eternal life on Friday, September 17, 2021. He was born on May 30, 1936 in Vassar, Michigan to the late Clark and Cora VanDeWarker. Richard served his country honorably in the United States Army. After his service, he graduated from the University of Michigan with a degree in accounting. He married Connie Jeanne Randolph on May 28, 1988 in the Lutheran Church in New Haven, Michigan and they enjoyed 33 years of marriage. Richard held a long-standing career as an accountant for 44 years working for McDonald Molding Company, Accustar of Chrysler, and Collins Aikman Accounting, where he would retire from. When he wasn’t working, Richard and Connie would travel across the United States, visiting Alaska and Hawaii. They also enjoyed vacationing up north in their cabin. Richard had a passion for cooking and he was always up for chowing down on new recipes.  One of his favorite pastimes was dressing up with Connie as Mr. And Mrs. Santa Clause for family Christmas parties. Most of all, he loved spending time with his family.

Visitation will be held on Monday, September 20, 2021 from 3:00pm to 8:00pm in the Bower-Rose Funeral Home, Marine City. A funeral service will be held on Tuesday, September 21, 2021 at 11:00am with a visitation from 10:00am until the time of service in the funeral home. Burial will be in Woodlawn Cemetery, Marine City. To send condolences, visit: www.bowerrosefuneralhome.com.