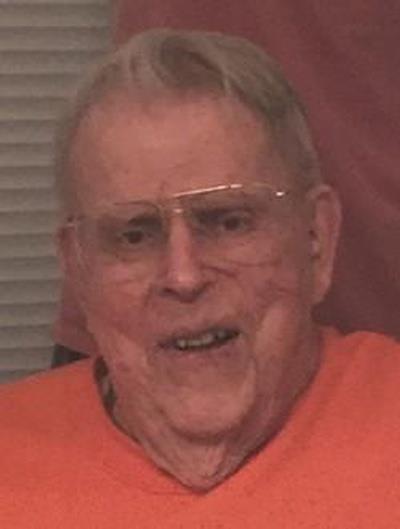 Get email updates about Robert Bachman delivered directly to your inbox.

He was born December 27, 1927 in Wichita Falls, Texas to the late Norman and Lexie (Threet) Bachman. He graduated from Wichita Falls High School and the University of Illinois. He enlisted in the United States Marine Corps in 1951 and proudly served 2 years. He married the love of his life, Mary Brooks on May 15, 1954 in Wichita Falls, TX and were married 64 years when Mary preceded him in death on October 15, 2017.

As a Res Rep for the Office of Naval Research, Robert handled contracts for the Department of the Navy and this job also allowed Robert and Mary to enjoy living in beautiful places, such as La Jolla, Ca. While stationed in La Jolla Robert had an office over-looking the beach where he would enjoy daily runs. Upon his retirement, Robert and Mary settled in Senoia, GA where he was an elder, member, and sang in the choir of White Oaks Presbyterian Church. He was an avid reader, a history buff, and he loved to swim.

Along with his wife Mary and his parents, he was preceded in death by a sister, Carrie Bachman.

Visitation will be from 10:00 am until time of service at 11:00 am, Monday, December 10, 2018 at Soller-Baker Lafayette Chapel, 400 Twyckenham Blvd, Lafayette with Mindy Collins officiating.

Interment will follow at Salem Cemetery in Attica where military honors will be rendered.