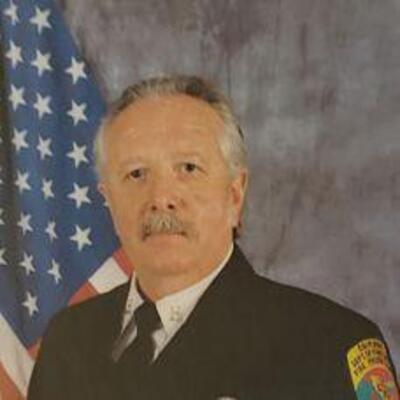 My Dearest Bob,
I know we loved each other completely and for those wonderful moments we gave to each other and spent as a couple and a family....is how I will always remember us.
Your spirit is finally free...
Love, Me ❤

FC Haydon is a legendary figure of CDF RRU and the Elsinore Battalion. To this day I still cherish the time and opportunity I had working with Bob. I included some pictures of Bob on the Job, that I took while working in the Elsinore Battalion. He was a firefighters firefighter, respected by all who crossed his path. His footprint in the Fire Service and in life had value and purpose. His mentorship to hundreds of young firefighters still lives on. He is missed, however the memories...

Get email updates about Robert "Bob" Haydon delivered directly to your inbox.

Robert (Bob) James Haydon, 71, of San Jacinto, CA, passed away on April 10, 2021, with family and friends by his side. On March 12, 1950, he was born to Robert and Mary Haydon at Saint John’s Hospital in Oxnard. He attended Saint Anthony’s Elementary School and Santa Clara High School. After graduating high school, he briefly attended Ventura College and then enlisted in the United States Air Force. After serving his Country, he came back to California and started his firefighter career briefly at the Military Base in Oxnard and then with CalFire. He had a passion for firefighting and loved his career in the fire industry as well as the comradery he had with his fellow firefighters. During the course of his career, Bob positively impacted and mentored dozens of firefighters and retired as a Fire Captain having served over thirty-years with CalFire.

Bob was preceded in death by his parents Robert and Mary Haydon.

A rosary is scheduled at 10am at St James the Less Catholic Church in Perris; Graveside services with Military Honors at Riverside National Cemetery at 1:45 followed by a Memorial & Reception from 5 to 9pm at the California Citrus State Historic Park in Riverside hosted by CalFire.

Bob’s family would like to extend a special thanks to Leonard and Linda Grill, Jennifer Daniel-Krejci, Rudy and Terri Saldoña, Jeff Burrow, Roger Copp, Jim Cook and his many firefighter family and friends and who have shown their love and support to him throughout his career until his passing.