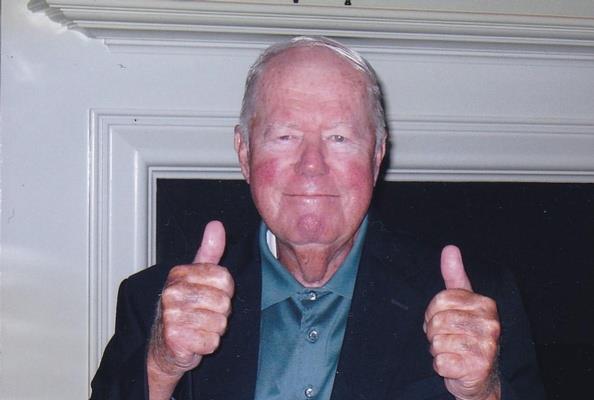 Bob was a magnificent man and a wonderful Uncle. I will miss you and my heart is breaking tonight. May God welcome you and say "Well done good and faithful servant, come into the rest of your salvation". Peace be with the Reedy family.

I was always impressed with Mr Reedy and how much I observed the Love he had for his Wife and children when I was growing up , there home was always welcoming.
I know his family will miss him, my thoughts are with you all.

Grief can be so hard, but our special memories help us cope. Remembering you and your loved one today and always. We remember the days in the St. A's bowling league and all the help finding us a home. Our prayers are with your family.

Dear Ann, Mary and all the Family, it was with great sadness to hear the news of your loss of Bob. He was a wonderful man, neighbor and I pray you will find comfort knowing he is with his Lord and you have a special Angel watching over You all. God's Blesssing, Eleanor

He was a good man. We will miss him!

Please accept my condolences with the loss of your loved one.
Psalm 23:3
SC

SO LONG OLD FRIEND, SEE YOU ON THE OTHER SIDE. TONY & ROBERTA

Get email updates about Robert "Bob" Reedy delivered directly to your inbox.

Robert “Bob” Reedy long-time resident of Villa Park, IL passed away peacefully on Tuesday, Dec. 4, 2018 in the company of his beloved family. He was a man of unwavering faith who dedicated his life to prayer and found great comfort in his religious convictions.Bob was born on Aug. 21, 1929 in Oak Park, IL to John (JW) and Mary (Scott) Reedy (the fifth of ten children), just a year after his father founded JW Reedy Realty in Villa Park, IL. Bob attended St. Alexander’s Catholic School and York High School, where he met his love Anna Tomaso. They were married in 1954 and were inseparable for nearly 65 years. They raised their five children among'st extended family in Villa Park and were dedicated members of St. Alexander’s Parish. Bob joined his father and brothers in the family real estate business and throughout his 40 plus years as a realtor he helped many generations of families find their homes and become connected to the local community.Bob’s devotion to God was matched only by his steadfast commitment to his wife and children. He was larger than life in his actions and led by quiet example, instilling in us all the importance of personal responsibility, duty, honor and faith. Bob was the epitome of The Greatest Generation and one of his fondest memories came to him in September 2017, when he was invited on the 81st Chicago Honor Flight to Washington DC. He was proud to represent not only himself as a veteran, but his brothers’ and father’s service to our country as well. Bob was a history buff and avid reader who shared many stories, interesting facts and incredible knowledge base with all of us right up until his last day. Bob loved biking, golf, gardening, daily Jumble word puzzles and desserts of all kinds!He cherished his many friendships throughout the years. Bob always took the time to ask a person’s name and inquire about their lives so that he could personally thank them for any assistance they may have provided him. Bob lived a life of gratitude and grace and will be missed tremendously by all.