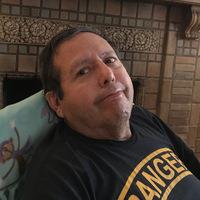 Wow.. Is all I Can Say.. Its Been Ages since we heard about My. Beautiful Tia Auroras Children.. I Was Just Inquiring about You all a couple of Weeks ago..
My Condolences & Prayers to his Loving wife, children, Grandkids..Siblings..friends..
Toooo bad Life Happens & we Lose touch with each other..God Blessings. Jesus I Trust in You

RIP Bobby. A good friend and respected co-worker. I met Bobby in Chicago FO. He was professional, a hard worker and a dear friend. Sorry to hear of his passing. Sympathy to Marina and family.

Bobby I will dearly miss you my best friend and brother. I have been truly blessed to have known you and to have shared so many important times and events in our lives over the last 40 plus years. Thank you for being there and caring. Thank you for being you. God bless you and Rest in Peace. We will have some eternal adventures to embark upon when it is my time. I will see you again mi hermano-

In loving memory of a wonderful person. I will love you and miss you always. You will always be remembered as a true friend. May God bless you. Olga Torres

Words cannot express the deep sorrow we all felt in hearing of Bobby's passing. He was the kindest individual that I have had the pleasure of knowing and the most fun at disco-dancing. The impact he's made on so many people will continue forever more...you've been a friend to many.

RIP Bobby. A proud American Patriot who loved his family and friends and was a great Agent, who gave 100% to the job. First met Bobby in Puerto Rico and even though he was a rookie agent he made working there much easier for the rest of us. Suffice to say that Bobby fit right in. Somehow, right off the bat, he managed to blend in with a bunch of us New Yorkers, which isn't always easy. Whenever our paths would cross over the years, he would always greet me with a "fuerte abrazo". I...

Bobby was a kind, caring, and a stand-up boss. I had been transferred from Los Angeles, FD to the El Paso DO and had been working in the Juarez Bi-National Task Force when I had the opportunity to meet Bobby in Mexico City. We were blessed when Bobby was promoted to SAC of the newly formed El Paso FD. Bobby was a good friend and mentor. My condolences to the Castillo family. I will pray the Rosary for Bobby.

Bobby will always be one of the greatest people, friend, marine, agent, mentor and compadre. We served together in Mexico and in many places in between. Chris and I will truly miss him. I look forward to seeing him someday on the other side. May Light perpetual shine upon him and may he rest in peace

A true Gentleman with high ethics and a good moral value. We worked together in Mexico City during the 90's.
Yes, he will be missed by many.
Till we meet again friend.
Bill Snyder

Get email updates about Robert Castillo delivered directly to your inbox.

Born in East Chicago, Indiana, Bobby lived in East Chicago, Indiana until he joined the U.S. Marine Corps in 1967.  During his 12-year career with the Marine Corps, he became a highly decorated Combat Veteran earning a Purple Heart, a Navy Cross and many additional Military honors.  While in the military, Bobby attended Pepperdine University, in California, graduating with a degree in Public Administration.  In 1979, Bobby successfully completed the Drug Enforcement Administration (DEA) Special Agent Academy in Quantico, Virginia.  His first positions were in San Juan, Chicago, Denver and Mexico City.  In 1985, while being stationed in Mexico City, he was assigned Lead Investigator of Operation Leyenda, the investigation into the kidnapping and murder of Special Agent Enrique Camarena.  In 1990-1992, while Bobby was stationed at DEA Headquarters in Washington, D.C. as the International Operations Coordinator, he completed the DEA Ranger Skills Program, in Fort Benning, GA.  Afterwards, he participated in Operation Snowcap, consisting of 90-day deployments in the jungles of Bolivia and Guatemala.  In 1996, Bobby was serving as the Assistant Country Attache in Mexico City when in 1998, he was appointed by the DEA Administrator as a Special Agent in Charge of the newly created El Paso Field Division.  In 1999, U.S. Attorney General Janet Reno selected Bobby to be a member of the Senior Executive Service of the United States.  After 34 years of working with the federal government Bobby retired from the DEA in 2002.

Created by the Presidential Executive Order after 9/11, Bobby became an Assistant to the Special Agent in Charge of the Federal Air Marshal Service in 2003-2008, which provided security aboard commercial airline conveyances against acts of terrorism.

Bobby was a true patriot who had a strong love for God, his country, beloved mother, daughters, beautiful grandchildren, and of course his cat Whiskers (whom I recently caught sleeping on top of a bunch of Bobby’s shoes).

Goodbye my love, until we meet again.  As Bobby would often say “I did it my way!”

A Visitation will be held on Saturday, October 9, 2021, from 3:00PM – 7:00 PM at Solan Pruzin Funeral Home, 14 Kennedy Ave., Schererville, Indiana. Burial will be held at a later date at Arlington National Cemetery in Arlington, Virginia. In lieu of flowers, donations to WoundedWarrierProject.org or any military organization of your choice would be appreciated.  Mask and socially distance during visitation is appreciated.