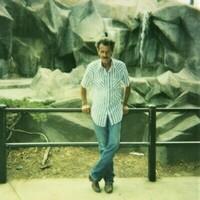 Get email updates about Robert Cooley delivered directly to your inbox.

Robert Ernest Cooley, 75, entered peacefully into rest on Friday, September 24, 2021 at his home in DeRidder with his family by his side.  Robert was born on June 22, 1946 in DeRidder, LA to Robert Arthur and Claudia Zetha Simmons Cooley.

Visitation will be on Sunday, September 26, 2021 from 5:00 PM until 8:00 PM, at Shady Grove United Pentecostal Church. Funeral services will be held Monday, September 27, 2021 with visitation starting at 9:00 AM and the service will begin at 10:00 AM at the church with Pastor Ricky Wead, Jr. and Rev. Dalton Isabel officiating. Interment will follow at Whitaker Cemetery in DeRidder. Funeral services under the care of Labby Memorial Funeral Home of DeRidder.

Robert worked for many years and retired from the timber industry as a heavy equipment operator. He was a honest and simple man. He loved to garden, hunt, and fish. He loved spending as much time with his family. He will be missed by all that loved him and knew him.