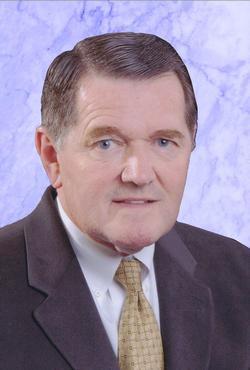 So sorry to read in the Alumni Columns about Robert. Did not know he was ill. We had many good times growing up in Natchitoches and I know you will miss him very much. As you know he graciously was my best man at Sandy's and my marriage in 1966. For 6 years after every time I turned the heater/blower on in the Corvette cooked/raw rice came out that he had placed after the wedding. It was a welcome remembrance of our friendship. Will be contributing to his fund and wish the...

Jacque, we were shocked in disbelief to learn about the loss of your loved one in the Advocate on Friday! Juanita and I send our deepest sympathy to you, family and friends. We all enjoyed many dinner celebrations at NSU honoring a variety of noteworthy people. We, too, share in your gigantic loss. Our prayers and best wishes are with all and may his soul RIP.

Jacque, our thought and prayers are with you and your family. Robert was a good man who made a difference in the lives of a lot of people. Dan and Elizabeth Thomas Walsh

Condolences from the Rodriguez family. Galindo, Sue, and Josie Rodriguez

Jacque, Kristin, and Cory;
It made me sad, seeing my friend, Robert, obit in today's paper. Lots of good memories from being back yard neighbors in Baton Rouge for a few years....from building speaker, tearing out the wall between your living room and den, cooking jambalya on a wood fire in your back yard, pictures, fishing, doing things with the kids, and most of all just being good neighbors and enjoying one another's company.
Jacque, our thoughts and prayers are with you and...

My father, Owen Lange, and I send our condolences and prayers to you and your family. My mom loved her Robert and Jackie Crew!! Until her death 4 years ago, she still talked about the good old days with the people she taught with.

Robert was my uncle and a great family man. He will be surely missed. Amanda and I send our love and prayers.

So sorry to hear this sad news. I was privileged to spend time talking to Robert when Aunt Doris passed away...the first time in many, many years. Prayers and hugs for all the Crew family. RIP Robert

Get email updates about Robert Crew delivered directly to your inbox.

Funeral services for Robert G. Crew, whose education career reached the highest levels in Louisiana and spanned nearly 50 years, will be conducted at 1 pm on Saturday, January 20, 2018, at the 1st United Methodist Church in Natchitoches, LA. Interment will follow at American Cemetery in Natchitoches. Visitation is scheduled from 11 am until the time of services at the 1st United Methodist Church of Natchitoches located at 411 2nd Street, Natchitoches, LA 71457Robert G. Crew, 74, passed away peacefully on January 14, 2018 in Shreveport, LA.Robert retired as Executive Assistant to the President of Northwestern State University in 2013. Before his appointment to the administrative position at Northwestern in 1997, Crew held several leadership roles in the Louisiana State Department of Education for 27 years. He had served for a number of years as director of the department's Bureau of Higher Education, Teacher Certification and Continuing Education.Crew, who had also held the positions of deputy superintendent of education and acting deputy superintendent, served on numerous evaluation teams for the National Council for Accreditation of Teacher Education and the Southern Association of Colleges and Schools.Robert, a Natchitoches native, earned his bachelor's degree from Northwestern in 1965 and a Master's in Education degree from NSU in 1968. He was a classroom teacher in Caddo and St. Mary's Parishes from 1965 until 1970.A widely-acclaimed professional photographer for more than four decades, Crew photographed hundreds of weddings and also captured in numerous "interesting characters" and significant architectural and historic sites. He was the official photographer for two gubernatorial inaugurations in Louisiana.Robert's photographs are in a number of private collections and have been displayed in exhibits across the state. When he retired from Northwester, the photographic studio in the university's School of Creative and Performing Arts was named in his honor.He is a member of NSU's Hall if Distinguished Educators and also received the university's prestigious Nth Degree…twice.A resolution from the Louisiana Legislature at the time of Crew's retirement from Northwestern expressed appreciation for his "many years of committed service, dedication and remarkable contributions to the state of Louisiana."Left to cherish his memory are his wife of 52 years, Jacque McClamore Crew; daughter, Kristin Milligan and husband, Barry; son, Cory Crew and his fiancée, Diana Schimberg; granddaughters, Madison and Chandler Milligan; grandsons, Connor and Rocky Crew, and grandson-to-be, Clinton Oliver; brother, David Miller; nieces, Lauren and Ariana Miller; as well as stepfather, Wilburn Miller; and numerous other family members and dear friends. He is preceded in death by his mother, Doris Miller; his father, Alvin O. Crew; his grandparents, Otis and Beulah Crew; and his granddaughter, Katherine Elizabeth Milligan.Serving as pallbearers will be Mike Glisson, Jerry Andrews, Dane McClamore, Jody Biscoe, Michael Johnson, and Marcus Jones. Honorary pallbearers will be Jerry Pierce, Gerald Long, Ben Sandifer, Bill Brent, Carl Jones, and the Gerousia Lunch Bunch.The family also wishes special thanks to the Amedisys Hospice for their loving care.The family suggests that in lieu of flowers, memorials may be made to the Robert G. Crew Endowed Scholarship at NSU c/o The Office of University Advancement, 535 University Parkway, Natchitoches, LA. 71497.