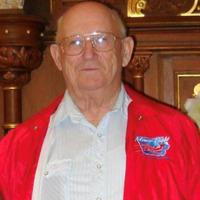 Bob Farmer family,
You have my sympathy and prayers. Steve (better known as Whiskers) worked for me in Manchester at Walaces Lawn and Liesure, All my employes enjoyed Steves friend ship. I also worked at Benton Implement (the Massy Ferguson dealership) at Strawberry Point with Bob. , My first job in 1967 the year I graduated from high school. I will miss them both a lot. They were both great people.
...

So sorry for your loss..

Your entire family has our deepest sympathy. Bob would be my first cousin, my mother was Mae (Farmer) (Ray) Berns. We will keep you in our thoughts and prayers.

Bob,. You have my condolences.

Get email updates about Robert Farmer delivered directly to your inbox.

Robert B. Farmer, 90, of Worthington, Iowa passed away Sunday, September 19, 2021 at Hawkeye Care Center in Dubuque, Iowa, the anniversary date of being wounded in combat.

Visitation for Robert will be held from 4 to 8 p.m., Tuesday, September 21, 2021 at Reiff Funeral Home in Dyersville, Iowa, with a prayer service at 5:30 p.m.  Visitation will also be held from 9 a.m. until time of services on Wednesday.

He was born April 7, 1931 in Strawberry Point, Iowa, son of Bryan J. and Luella (Clinton) Farmer.  He received his education in the Strawberry Point and Independence area schools.  On June 3, 1953 he was united in marriage to Betty Cole at St. Mary’s Catholic Church in Manchester, Iowa.  She preceded him in death on July 5, 2013.

Bob was employed as a mechanic for the Iowa Department of Transportation.  He loved fixing things and caring for his pet birds and cats.  He enjoyed gardening was well known for his prize tomatoes and berries.  He spent his free time fishing for cat fish, and especially enjoyed spending time with his children and grandchildren.

He was a Korean War veteran, having served in the Army-2nd Division 38th Infantry SFC where he was wounded.  Bob waited 48 years to receive the Purple Heart medal, the benefits and to be recognized as a veteran.  He was truly proud of this and greatly appreciated being acknowledged.

He was a member of St. Paul’s Parish in Worthington and its Altar and Rosary Society, and the Cascade American Legion Post #528.

He is survived by four children, Robert A. (Sally) Farmer of Hopkinton, James E. (Sam) Farmer of Monticello, Debbie K. Lynch (Mark McDonough) of Dubuque and Dawn (Kevin) Davis of Worthington; 10 grandchildren; 12 great grandchildren; one sister, Carolyn Morrisey of Marion; a sister-in-law, Laura Farmer of Dundee; a brother and sister-in-law, Clifford and Helen Cole of Manchester.

He is also preceded in death by his parents; a son, Steven Farmer; two sisters, Jean (Virgil) Theel and Evelyn Stolda; two brothers, William (Dorothy) Farmer and Patrick Farmer; a granddaughter, Angela Farmer; a great grand-daughter, Willow Mae Lynch in infancy;  his father and mother-in-law, Louis and Nellie Cole; and brothers and sisters-in-law, Bob and Florence Cole and Everett and Janice Cole.

Anyone unable to attend may send memorials to the Reiff Funeral Home, ATTN;  Robert Farmer family, P.O. Box 271, Dyersville, Iowa.  A Video Tribute may be viewed and online condolences may be left for the family at www.reifffuneralhomeinc.com

The family of Robert would like to thank the Riverbench Retirement Center, the Hawkeye Care Center and Hospice of Dubuque for all the great care given to our Dad.