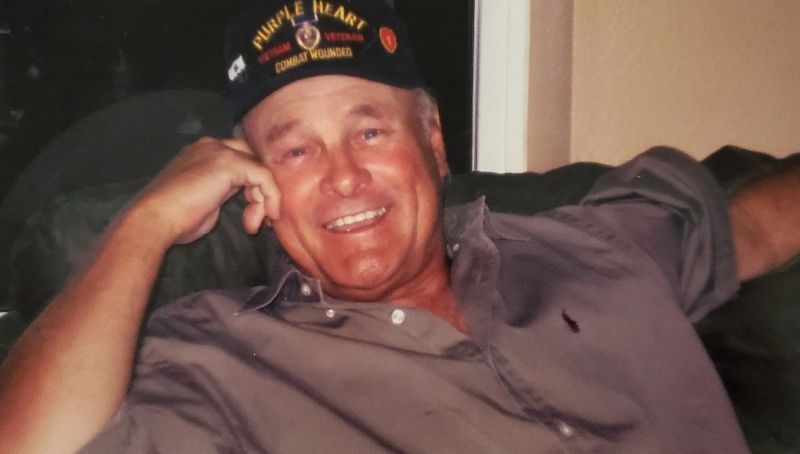 We moved to a different state when I was 8 years old but I remember living next door to my uncle Roy Jo and he would make me laugh everyday. He was a good man, so proud of his service to our country. I know he is cracking jokes and looking down over us.

Our deepest condolences to his family and we are keeping everyone in our prayers !

So happy I got to meet Roy and hear his fascinating stories and his amazing faith in our God. Thank you for your service to our country. You are now singing with the angels!

Had some fun and different times with Roy. Worked at caleb Brett with Roy then arco. He made me laugh everyday.

Roy Joseph Broce, 71, of Long Beach passed away Saturday November 6th, 2021 at the VA Hospital, after finally succumbing to Parkinsons.
Roy was born January 5th, 1950 to Charles and Joyce Broce, in Guymon, OK. The family moved to Southern California where he and his 4 siblings were raised, until Roy volunteered for the draft in 1969, and joined the 25th Infantry division of the US Army. After surviving Vietnam with a bronze star with Valor and multiple purple hearts, he came back to Bellflower Ca, and worked odd jobs while he finished his high school diploma, and eventually began his career at the Arco Refinery. He soon met as he described her "His Future", Bobbie, and they were married on October 18th, 1975, and remained so until the date of his passing.
Roy had a knack for turning a buck into two, and a work ethic rivaled by no one which allowed him to retire early at the age of 52. After that, he was thoroughly committed to never doing an ounce of work again, regardless of what form of persuasion or guilt he received from family and friends. Instead he spent his last 19 years teaching himself to day trade, taking frequent trips to Laughlin to relieve the slots of their wealth, watching his favorite movies over and over again, and of course he never met a garage sale he couldn't pass up.
In his later years as his health began to decline, his trips became few and far between, so he instead focused on having his family over as much as possible, and being a grandpa to his only grandchild Cambria.
His unwavering goodness, mixed with his iconic personality will be sorely missed by everyone who had the fortune of knowing him.
He is survived by his loving wife Bobbie Broce, two sons Jason and Troy Broce, one grandchild Cambria Broce, numerous nieces, nephews, cousins, friends and an overly obese cat.
For those who wish to see him one last time, a viewing will be held at Forest Lawn in Cypress from 1 - 4pm, with a funeral the next day, Monday November 22nd, at 9:30am in the Patriots Chapel at Forest Lawn.