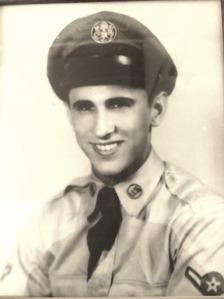 Miss you so much everyday Daddy.

Roy was a wonderful and loving brother. He visited us several times and each time it was a pleasure to have him with us. His smile captured our hearts and we loved him dearly. He will be greatly missed but always remembered.

Such a great guy! Always had a smile and warm welcome for me! He will be greatly missed.

Roy was my next door neighbor for over 30 years. He was the type of neighbor I love –there to help when you needed it but not always wanting to be involved with me every minute. His advice on fixing things around the house was invaluable. He always would wave to me when I was walking the dog or coming in from some place I would go. He understood me. For years he would bring my garbage cans up the driveway after the trash people emptied them at the curb and watch my house when I was gone. I...

I never had the pleasure of meeting Roy but I adore his wonderful wife. Debbie, may you feel the comforting embrace of our loving Savior during this time. I pray that your memories of Roy bring you warmth and joy.

God has taken you into his heavenly realm to enjoy eternal life. There will be no more suffering and pain. I will cherish you always.

Roy was born March 23, 1934 in Clinton Township Pennsylvania to Herman and Bertha West Hess. A few minutes after his birth, his twin sister, Royetta was born. They had a total of 8 other siblings, Herman Jr, Bob, Doris, Jim, Ruth, Gene, Darlene and Dona. He grew up in Williamsport PA.

Roy was always a hard worker, his first job in the sixth grade was that of a paperboy. In the 7th and 8th grades he worked at Wise's grocery store in produce. In 1951 at age 17 he was ready to enlist in the Air Force with his parent's permission. He was stationed at Stewart AFB in Newburg NY.
He went to cooking school at Ft Meade NJ and was soon cooking in the regular mess. He was so good that he was assigned to the Officer's Mess.

He returned to civilian life in 1953, moving to California in 1954. After his marriage to Cecilia Winder, his 3 children were born, Helen, Jennifer and Roy Jr.

He was soon hired by the United States Postal Service where he worked until his retirement in 1992, a career of over 37 years. He was first a letter carrier and had an interesting time carrying mail. On one route he rode the Red Car up Long Beach Blvd to his route. On another route he rode a bicycle to the neighborhood near the Viking Station where he delivered. He then supervised both clerks and carriers and was promoted to Carrier Foreman. He eventually worked in the Address Management Office where the ZIP+4 was created and implemented.

Roy was a hard worker, often working two jobs. After delivering mail, he drove a school bus for the Southern California Military Academy. He was also a security guard at the Lions Drag Strip.

While working in the ZIP+4 office he met Deborah Fowler, who eventually worked across the desk from him in that office. They married in 1984. He was a father to her daughter Jenny who was 6 years old when they married. He was also a role model for her son, Sonny.

Roy battled cancer for the final 7 years of his life before being promoted to Glory on April 17th.

In addition to his wife, Roy is survived by his children, Helen and Don, Jennifer, Roy Jr and Lene, Sonny and Rohie and Jenny. His 7 grandchildren are Debbie, Willie, Victoria and Thomas , Naomi and Mark, Alexis, Liviana and Luke; his great grandchildren are Charles, Esperanza and Luke, Isabel, Saleen, Ceci, Blue, Jasmyn, Connor, JJ, Damon, Jade, and one great great grandson, Grayson. He was preceded in death by granddaughter Lisa, grandson JJ and great granddaughter Tiffany.

Arrangements are under the direction of Forest Lawn, Long ,Beach, California.