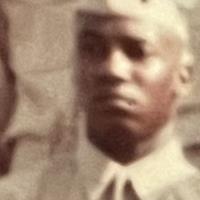 I am so sorry i didnt get more memories with you, but i remember our talks when i was younger, i love you and you will be truly miss

The U.S. Marines, Navy Fleet Marine Force Corpsmen, FMF Chaplains, and Associate Members of the E. T Brisson Detachment #063 of the Marine Corps League in Naples, Florida, hereby salute and recognize Spencer Davis Jr for serving God and his country by becoming a United States Marine. We honor his memory and valiant service to our Corps and our great Nation. Please accept our heartfelt sentiments as a token of our esteem and admiration of his L’Esprit du Corps. Semper Fidelis.

Marines of the Marine Corps League

I will always remember the good times love ya big bro .

Get email updates about Spencer Davis, Jr. delivered directly to your inbox.

Spencer attended Quitman School System during his early and middle adolescent years. Mr. Davis served in the U.S. Marine Corps from June 12, 1968 to August 31, 1969. His military career came to an end due to being wounded in the Vietnam War.  Mr. Davis was the recipient of the following awards, Vietnam Service Medal, Vietnam Campaign Medal and the Purple Heart Medal.

Mr. Davis was preceded in death by his parents, Spencer Davis, Sr., Nina Laster and his sibling, Lucious Whitfield.

There will be a viewing on Thursday March 4th , 2021 from 3:00 – 8:00 p.m. at Wilson Funeral Home, 3000 N. 29th Street, Tampa, Florida. Due to the current CDC restrictions, we are asking that you use the visitation as an opportunity to pay your final respect. For your convenience and safety, we have extended our visitation hours.