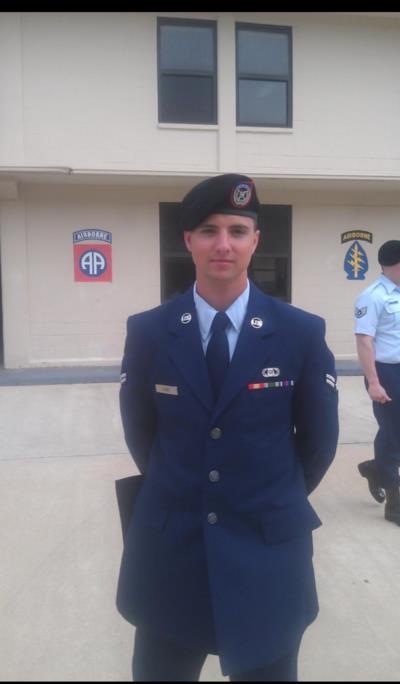 I thought I signed the guestbook before, but better late than never! Wes was my favorite CSR at the call center. I worked with him at KDOL, and he was my best tester for applications. He did his job professionally and was always willing to help. He was the employee to go to because he was just excellent in all he did and had such a great attitude. He left an impression on me, and I always had great respect for him serving in the military. I’m sorry for your loss and he was a great person and...

So very sorry and praying.

So very sorry for your loss. Prayers for your family.

Bruce and Family, Our sincere condolences to you in this time of sorrow and loss. May the heavenly father hold you and keep you in the palm of his hand, and may Wesley rest high on the mountain until we can all join him again.
Ed Eller and Family.

Condolences all the way from northwest PA. Our local VFW is very good about following and honoring any veteran that dies on duty, wherever they may be. They had TSgt Kubie's name on the sign out front yesterday, so I had to come home and search, like I always do when I see a new name there. As a retired USAF veteran who has also been to Afghanistan, any JTAC who served in that theater holds a very special place in my heart. It takes a special kind of man to do that job, his family should be...

Bruce and Family. So sorry to hear of TSgt Wesley's passing. You are in our prayers. Michael and Rhonda Rziha.

It was a pleasure meeting him and his family at a Kubie birthday dinner last year. Tiff always mentions Wes every time we get together. She, and her family, are so proud of him!
This is truly a devastating loss to the Kubie family. No words can offer any peace or consolation during this difficult time. I can only ask that the Good Lord shine his everlasting Grace upon the Kubie family for Wes' service.

Our hearts go out to all in the Kubie family. We sorrow with you for your loss and pray for God’s comfort for each of you.

My deepest condolences to the Kubie family. You are in my prayers.

Get email updates about TSgt Wesley Kubie delivered directly to your inbox.

He was born December 8, 1990 in Merriam, KS the son of Bruce and Diana (Roberts) Kubie.

TSgt Wesley Kubie was an Active Guard Reservist in the US Air Force being deployed to Afghanistan from 2019 to 2020.  He was serving as a JTAC-Instructor for the Kansas Air National Guard, assigned to the 284th Air Support Operations Squadron, Smoky Hill ANG Range.

He was a Shawnee Heights graduate and enjoyed fishing and golfing with the boys.

In lieu of flowers, memorial donations may be made to Brennan-Mathena Funeral Home, 800 SW 6th Avenue, Topeka, KS 66603.  These funds will be designated to be used for his children at a later date.

Fond memories and condolences may be left at www.brennanmathenafh.com.