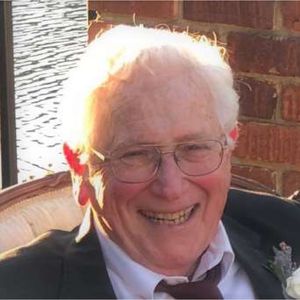 Stan was a great man, loving father, an amazing mentor and a fierce friend. Successful in the Landscape industry, story-telling and writing was his true passion. Stan had the gift of writing from a very young age. He has written hundreds of poems, tributes and toasts for a wealth of friends, family and work colleagues.

Stanley began his career counting trees at the Valley Crest Nursery division in 1963. Through his 47-year tenure, he held many positions with the company, rising to be one of the top executives. Along the way he mentored and taught many that came up through the ranks at Valley Crest and his knowledge and advice will resonate for a long time to come. In retirement, he continued to write and recently had 2 poetry books published.

Stan leaves behind his loving wife Inger, his children Jeffrey (Alyson), Eric (Shannon), Tim (Stephanie), and his 8 Grandchildren; Zach (Michelle), Moss, Anna, Emily, William, Henry, Annalise and Madeline. Also survived by The Mitnick family are Mia, Scott, Michael and Matthew who have been like children/grandchildren to Stan. Pre-deceased by his sister Barbara and his step-son Christian. He will be missed by many.

A celebration of life will be held later this summer. Donations can be made to the "Hilarity for Charity" – a non-profit whose mission is to care for families impacted by Alzheimer's disease.

"If one has loved … that person has truly lived. For love itself, is life" ~ Stanley Colton