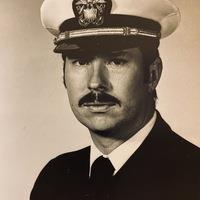 Steve & Jan were good friends to the NAS Kingsville community. Steve was a S-3B Viking carrier pilot then transitioned to teaching Student Naval Aviators in the T-45 Goshawk simulator at NAS Kingsville. Thank you Steve & Jan for your service to our nation. You both are dearly missed. Our condolences to the whole Henderson family. RIP
s/ Lance Hamm (Friend & Colleage)

You and your family are in our hearts and minds. Sincerely sorry for your loss.

We can tell how wonderful your father must have been just by knowing you. We reflect the best of our parents thanks to the loving way they raised us. Take comfort in your memories as you grieve. We will keep you in our thoughts.

Steve always had the best stories. I feel lucky I got to know him.

Get email updates about Steven Henderson "Hondo" delivered directly to your inbox.

Steven Henderson “Hondo” passed away unexpectedly on September 12, 2021, at the age of 69, at his home in Round Mountain, Texas.  He was born of December 10, 1951, in Fairborn, Ohio to Jack Jasper Henderson and Mary Lou Burleson Henderson.

He graduated from the University of Texas and served his country in the U.S. Navy for 20 years.  After retiring from the service, he continued his passion for flying by educating the future generations of military pilots at NAS Kingsville for another 20 years.

Steven enjoyed building knives and firearms, collecting bugs, cooking, hunting, being outdoors, and spending time with family and friends.  He was a very loving, caring, and generous man and was always available to those in need.  He took great pride in his family and enjoyed playing with his grandchildren and great-grandchildren.

He will be greatly missed.