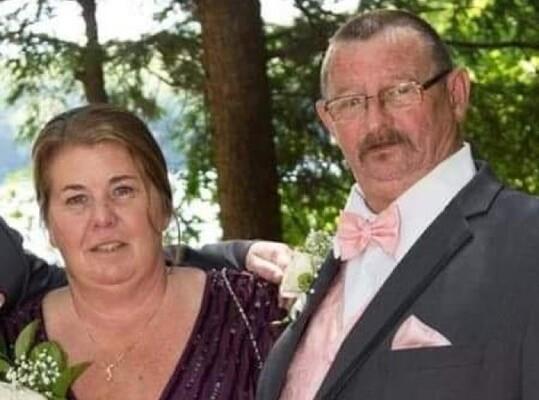 Jimmy. I just heard about this today. I am so sorry for your profound loss. May peace be with you and may your parents rest in peace.

I am so sorry for the loss of your parents David & Brothers,May the love of friends and family carry you through your grief. Love u all see you later.

Sue and Jimmy I will miss you so very much!! My sister and bff I love you!! And Jimmy my strength when I didnt have any.
I will love and miss you both!! Until we meet again...❤❤

David and family,
I'm so sorry to hear about the passing of your mom and dad. My sincerest condolences.

May God bless David, Billy, Brian, Jimmy and there family in this time of sorrow.
My condolences to your family

To the Hughes family, my condolences to you all during this time of sorrow.

To all the Hughes sons and their families, I am so deeply sorry for this shock and loss. I got to know your Mum from being the teacher of some of you at McClelland School, and I truly enjoyed and admired her grit and determination to raise you all right. She worked so well with the school while making sure you all were doing your part to keep up with your work. And now I see that she and I even shared a birthday. I didn’t know your dad, but I’m so glad I knew your Mum. I’ll bet she is...

It is with much sadness that I have learned of the passing of 2 amazing souls that I have known for 38 years. As long as they are in your heart ❤they will always be by your side.My heart goes out to entire family for such a tremendous loss. Much love and strength to each of you, for today and all the days to come. Thoughts and Prayers to all of you!!! Darlene

Suzanne and I grew up together on Hawthorne St in the Lynn Highlands area. I lived at #64 and she on #22. In fact, my family used to live at #22 until I was about a one year old. We were born the same year and would roller skate, rump rope, play house in Mrs. Griffith's little playhouse in her yard, listen music on our hand held radios, sing, ride bikes, walk the neighborhood, play with her dog Bruno, and tease her little brothers. Suzanne was always so kind and nice to me. We were buddies...

Get email updates about Suzanne Hughes delivered directly to your inbox.

James and Suzanne were happily married for over forty years. They enjoyed traveling and most of all, spending time with their family. James was a proud veteran of the United States Navy.

A viewing will be held on Wednesday, September 30th from 5-8pm at Grondin Funeral Home in Rochester, NH. A celebration of life will be held at the Hughes family home on Saturday, October 3rd at 1pm.