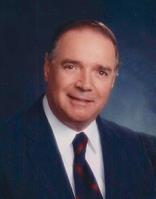 We love you grandpa, you'll always be in our heart no mater what. Rest in peace

My sincerest condolences to the family for your loss. I pray that you have the peace of God that surpasses all understanding (Phillipians 4:6,7).

My sincerest condolences to the family for your loss. I pray that you have the peace of God that surpasses all understanding (Phillipians 4:6,7).

Our deepest condolences to you for your loss, and our thoughts go out to your entire family.

Carolyn: If there's anything I can do for you you have but to ask.

Carolyn, Just want you to know how sorry and saddened I am to hear of your Father's passing.

I wish you and your family comfort and peace through this period of sadness and loss.

If you need anything, you have my support here at work.

Carolyn, You are in my thoughts and prayers as you and your family go through this difficult time. Great moments and memories may help you through this time.

Deepest sympathies to the Hinchman family from Sheri, James and Matt Henriksen

Get email updates about Theodore Hinchman, III delivered directly to your inbox.

Ted Hinchman passed away on December 5, 2017 at the age of 83.   A sixth-generation Detroiter, Theodore Henry Hinchman, III was born July 9, 1934 to parents David Ballentine Hinchman and Anne Matheson Hinchman.  He graduated from Grosse Pointe High School in 1952, and enlisted in Army’s 101st Airborne Division and served during the Korean War in Germany.   He earned a BA at Michigan State University, and a graduate degree from NYU’s Stern School of Business.  While working for Macy’s in NYC; he participated in the Macy’s Thanksgiving Day Parade wearing a clown suit, holding a live monkey, marching behind the Rockettes.

After working in marketing for several years in Michigan and Ohio, he became Executive Vice President of Griggs Manufacturing in Belton, Tx. In 1975 he established Hinchman & Assoc. in Houston, Texas.  His family called him the “King of the Road.”

Never without an opinion, Ted excelled at swimming, tennis, telling stories, and enjoying his children and grandchildren. He loved sunsets on the dock at their summer cottage at Gull Lake, Mich., taking photos of the family and organizing them; and beach activities, fondly recalling his summers growing up on the shores of Grand Haven, Michigan.  He and his wife Jan have made their home in Northwest Houston for the past forty years.

He wished to thank Drs. Amaria, Lucci, Ajani, Karimzadehnajar and McGovern at MDAnderson; and Dr. Todd Wilson at Memorial Hermann; for treating him over the last six years. He never, ever, gave up.