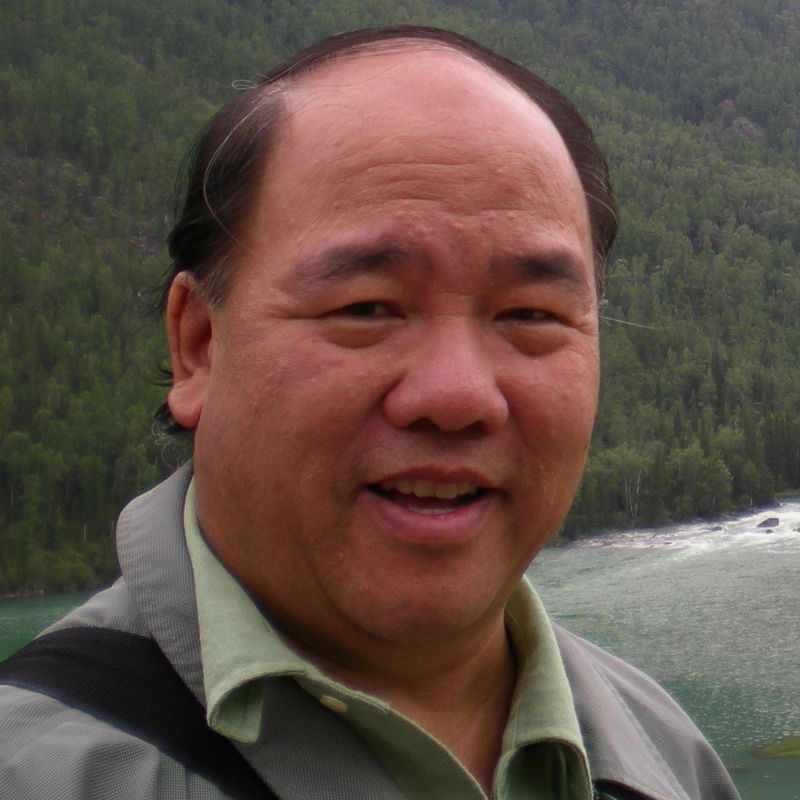 I went to High School with Tom and it is so great to learn about him and his life since then. I am not surprised to learn that he went to Stanford and received his Phd from Colombia! After all, he was a straight A student for four years, top’s in our class. It is surprising that he didn’t follow his HS goal of becoming a Doctor. His semester in Florence, Italy, changed his life. (For the better it seems.) History and teaching became his passion. The word ‘compassion’ is used by several of his...

I went to grammar school with Tom at Blessed Sacrament and high school at St John Vianney. I remember his kind heart and competitive academic spirit. My condolences to his family

I knew Tom for over forty years, and I deeply mourn the loss of this wonderful friend and colleague. I met him and his lovely wife, Roubo Song, when we were all teaching at Zhejiang University in Hangzhou, China, in the early 80s. He was a ‘foreign expert,’ as they called personnel from abroad at the time, and was known as a diligent and conscientious teacher, always ready to help others. I benefited greatly from his assistance and kindness, as did many others. My husband, Bill, also knew...

My speech for my father's memorial:

Many of you who knew Thomas Wong as a brother, as an uncle, or as a friend, could speak to his kindness, generosity, compassion, and optimism.
I knew him as no one else did -- as my father -- and I would like to share a little of what he meant to me.

Of the things he gave me, his love of travel, art, and history all had their roots in the time he spent in Florence while participating in the Stanford in Italy program. I believe...

Here is my Tribute at Tom’s Memorial Service:

My name is Bob Wong, and we are all here to honor Tom, my older brother.

I loved having Tom as my brother. Tom lived a wonderful life. He was brilliant, caring and a passionate person and had been so ever since he was little. He went to Stanford, he received his PhD in East Asian History from Columbia University, he traveled the world, and he taught English in China, where he met his wife, Song.

I remember Tom as someone who was always smiling. He was funny, personable, generous and helpful. I will always remember the time when Tom and Song took our classmates on a trip to San Diego shortly after I first landed in Los Angeles. Tom acted as our tour guide and driver, and told us stories about Southern California and San Diego. His stories made me feel so good about Southern California and made me believe that I should settle down here.

I was saddened to hear about cousin Tommy’s passing. I have many fond memories of him. Praying for God’s peace and comfort for the entire family. God bless.

Cousin Tom carried himself much like a scholar pondering the imponderables. He enjoyed being a counselor imparting his wisdom upon a vast array of subjects delivered with that special baritone quality in his voice. To foster a dialogue amongst his junior cousins, he will be remembered by his asking us fairly regularly...a penny for your thoughts. I remained in awe of his statesmanship.

The Wong family was an important part of my wife Toby's life, and we had many conversations about your experiences together growing up, and we always looked forward to catching up with all of you whenever we were in the area. I was fortunate to have the privilege of meeting all of you.

Since Toby is not here to say this herself, I know she would have wanted me to share these thoughts with all of you.

Toby and I are avid birders, and it was Tom who introduced us to...

Thomas Toone Wong was born in Los Angeles on May 1, 1946 to Eddie & Mae Wong of Hollywood, California. He passed away in Pomona, California on March 18, 2021.

Tom was a member of the "Sons and Daughters of the Montana Pioneers" through his grandfather Sam Tom. Ancestors had to have arrived in Montana by 1870 to be eligible for membership.

Tom attended Blessed Sacrament Catholic Grade School in Hollywood, CA where his talent for humor and light-heartedness made him a leader in his class. He attended St John Vianney High School in Los Angeles and was Valedictorian of his class in 1964. He was a popular student known for his wit, humor, and charm being Class President his senior year.

He received his Bachelors Degree in History from Stanford University in 1968. He was an avid photographer who did many photos for the Stanford Daily newspaper. Despite his initial interest in science, he chose to study history after studying at Stanford-in-Italy. He always followed his heart.

Although he was given offers to be a professor on the East Coast of the United States, he wanted to stay with his family in California. He was a Professor of History at Loyola-Marymount University, Whittier College, and California State University, Fullerton.

He had a passion for photography, bird watching, fishing, bicycling, and traveling around the world.

Tom was fluent in Italian after studying in Florence, in Japanese after living in Japan for two years, and in Chinese after teaching at the prestigious Jiao Tong University in Shanghai, China.

It was in Shanghai that he met the love of his life, Song, who captured his heart. He was so happy being married to Song, and when Michael arrived his life was complete.

In his wanderlust to see the world, some of the countries he visited included Canada, Mexico, Italy, France, Spain, Switzerland, Germany, Japan, China, Austria, Netherlands, and Egypt.

Tom was a true Renaissance man who loved everyone he met, and was loved by all who knew him. His wit and humor started from his earliest days in grammar school and carried through his teaching his popular courses in college. He was one of the first professors to use videos in his classes. We miss you, Tom!