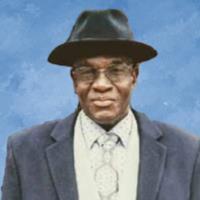 May God's promise found in John 6:40, of the hope to see our loved ones again, comfort your heart and give you peace, strength, and hope in the days ahead.

I met Mr. Rahmaan many years ago at the VA. We became friends and he was a friend indeed. He would go out of his way to help anybody. I knew him to be loyal and he loved his family. His family was his world and to know him was to know them. I know he will be greatly missed, but he will live on in memory.

Such a wonderful, beautiful man, always willing to help, give all he could. His laughter and warm smile will be remembered. Our thoughts and prayers are with the family. Maggie Smith and family.

To God be the Glory for all the great things he has done to Rahmaan family from the families of Marilyn Green Shontane Smith Willie Barringer and the entire Barringer families our prayers are with you God bless you. And to my classmate Floyd Anderson from the class of 1973 North Mecklenburg we love you and hang in there it's gonna be alright. We lpve you.

To the Rahmaan, Williams & Cook Family

My heartfelt thoughts are with the family as you pass through this time of sorrow. The loss of your beloved husband, Dad & Paw Paw is a sorrowful loss for you all. Please know that you are in my thoughts, & I wish the family all the comfort you need during this difficult time.

Uncle Gary You slipped away from us suddenly, without giving us a chance to say we love you... I’m not sure if you wanted it that way or not... But GOD doesn’t make mistakes.. You were a Great Honorable Man of God that will be truly truly miss I pray you rest in peace and that your legacy will live on through us forever love you uncle rest in paradise

To the Rahmaan family, Cousin Lateefah, and Cousin Mike:

I would like to extend my heartfelt condolences during this difficult time. May the memories of Mr. Rahmaan help you find peace.

Sorry for your loss,he will be missed. Praying for the family. May God bless you and give you peace. Mr & Mrs Douglas (mac) Horton

Get email updates about Usamah Abdul Rahmaan delivered directly to your inbox.

Mr. Usamah Tagjy Abdul Rahmaan,(Garrie Anderson) 73 of Charlotte, transitioned on Sunday, June 6, 2021 at his residence.  He was born August 17, 1947  in Mecklenburg County to the late Bill Anderson and Ella Carr Anderson.

U.T. graduated from Torrence Lytle High School in 1966.  Shortly thereafter, he joined the U.S. Army as an Infantryman and served in the Vietnam War.  He was awarded a Purple Heart before his honorable discharge in 1968.

Known to some as "Rock", he started his career in home renovations, doing what he loved-working with his hands and enjoying his craftsmanship.  Because of his entrepreneur spirit, he started his own business and was self-employed for over 30 years serving the community.

U.T. loved all his family dearly and would lend a helping hand to all in need.  He was a man of faith, strong convictions and would tell you exactly how he felt whether you liked it or not,  He was a fighter and gave all he had until the end.

He was preceded in death by his siblings; Frank M. Anderson, William Anderson, Elizabeth Montreal Wilson, and John C. Anderson, and grandson, Khalil A. Cook.