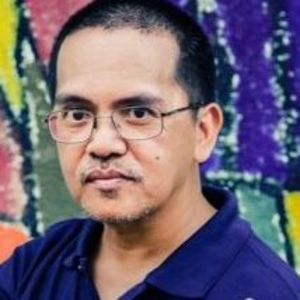 Victor was a good friend. Although I hadn't seen him for many years, I've never forgotten the friend he was and the things he taught me. It was a pleasure to know him. I met him in 1985 and he was already dedicated to the martial arts community and a passionate photographer. I will always cherish our memories.

Shocked to hear Victor passed away. He was a good teacher and friend and I had not seen him for many years. I had hoped to reconnect with him in his trips to the Philippines, but never was able to make it happen. My best memories of him was when he taught me the Numerado many years ago.

I trained along side of victor with pendekar Paul and I saw him at the academy last month but havent seen him In 20 years I didnt want to bother him my bad Im so sorry for your Loss and I am so sorry i didnt grab him and say hello . My deepest felt condolences to the family Victor was always a very friendly knowledgeable person he will be missed greatly

Guro Victor was one of the kindest human beings I have ever known. I am very saddened by his passing, but I am very grateful and fortunate for the time I was able to spend with him. He helped me tremendously in learning the small important details of the Filipino Martial Arts. I was really looking forward to seeing him on my next visit to Los Angeles. As the years went by it was natural that we didn't get to talk as much as when I lived there. I regret that. Time is precious. The more time...

Spent numerous times with Vic during our college days. A true friend indeed. He will be missed but not forgotten. RIP my friend. My deepest condolences to the Gendrano Family.

Very sad and shocked by Victors unexpected passing. He was instrumental in teaching us the Villabraille Kali system of the Filipino Martial Arts. We were impressed with his talent in photography. We had last talked with him in early March and had a group dinner with him at Yard House restaurant. It is hard and difficult to wrap our heads that our kind, gentle and very talented friend was no longer on this Earth, and he is definitely missed. But his memory, along with his FMA teachings,...

Life has not ended, it just merely changed! So lucky to have spent some time with Vic before he passes away! My deepest condolonces !!

You'll be missed, Guro Vic...keep flowing, up there!

Guro Victor, it's been an honor being your friend and student. I will miss you always but you'll never be far. I remember what you taught me...RIP my friend.

It is with great sadness that the family of Victor Gendrano, Jr. announces his unexpected passing on Wednesday, March 14, 2018.

Victor is survived by his father Victor Gendrano, Sr., and will be fondly remembered as "Kuya" (older brother) to his two younger brothers, three younger sisters and their spouses, and "Uncle Boy" to his numerous nieces and nephews. To the martial arts community, his heart, he will be lovingly remembered as "Guro" (teacher) Victor, as well as a perpetual student of martial arts.

Born February 1, 1959, in Los Banos, Laguna, Philippines, Victor relocated to the U.S. with his five siblings in January 1973, joining his parents who were already living in Los Angeles at the time.

Victor dedicated his life to his passion for the arts, and particularly, learning and teaching the Filipino Martial Arts (FMA). He held one of the longest running classes at the Inosanto Academy, teaching Kali on Friday nights since 1994. Victor also had the joy and privilege of teaching at OC Kickboxing and Mixed Martial Arts and taught until his passing. He is the founder and creator of Filipino Martial Heritage.

His indelible influence as a teacher and as a promoter of the Filipino culture through FMA has undoubtedly made a positive difference in so many people's lives.