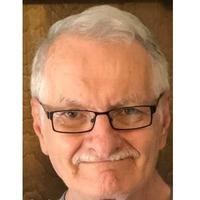 May your memory always be a blessing.

Vincent you fought a long hard battle and your work is done. Now go enjoy your life with our Heavenly Father you've earned it.
May your beautiful family have all of God's strength and support.

Vince will be remembered as a very kind and insightful man, with a great knack for computers and a big heart for Jesus. It was a blessing to meet him, and I send my prayers & regards to his friends, family, and church community.

Thank You Lord for such a sweet Brother. Fly high in Heaven dear brother.

Praying for you Richard and the family..

The Staff of Gephart Funeral Home

Get email updates about Vincent Coccaro Jr. delivered directly to your inbox.

Mr. Coccaro passed away on Thursday, September 16, 2021 at his residence at the age of 73. Vincent was born April 17, 1948 in Long Island, NY. He was a dedicated minister for 35 years, he loved every church he was associated with, saving souls and working for God. Vincent served in Vietnam with the U.S. Airforce where he brought home his family and found God. Richard Youngblood saved his soul by introducing him to God, after that he spent four years at International Bible College in Alabama and continued to minister flocks for many years to come.

A memorial service will take place at 2:00 p.m. on Saturday, October 2, 2021 at the Gephart Funeral Home. Officiating will be Pastor Christian Arndt. Visitation will take place from 1:00 p.m. until the time of service. Memorial cards for the wishes of the family will be available at the funeral home.