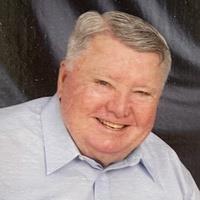 May God bless you and your family in this time of sorrow. He was one of my teacher in 1962

Praise God for a life well lived. We're very grateful for the man he was and the rich legacy he gave you and the entire community. God comfort, strengthen, and fill you with the love of Jesus. What a testimony your family is to the goodness and mercy of God - Psalm 23:6. Your family has had a wonderful impact on ours, and I am so thankful that the Lord put us in the same neighborhood all those years ago.

so sorry to hear of the passing of mr. cox. on the rare occasion that i would see him, he would always remember me. i recall back in the early 70s, during an assembly at sebring middle school, mr. cox made a basketball shot under his leg. "MAN", that was the coolest thing i've ever saw. that will stay with me for the rest of my life and i always talk about that. R.I.P. mr. cox

Words fall short of expressing my sorrow for your loss. Wally was a truly kind gentleman who always put others first. He hired me to teach children with special needs back in 1972. He was a truly exceptional principal who led by example. A gem as special as Wally will never be forgotten. May you be comforted by the outpouring of love and support from your friends and your treaasured memories of time you spent with this very special man.
With heartfelt sorrow and condolences,
Connie...

Thank you, Mr. Cox for all your help and concern during my six years at SHS! A kind, helpful, dependable teacher who cared about his students! I know he will be greatly missed!

The Cox family was my neighbor for many years and friends. Mr Cox hired me to work at SMS. He was such a kind, sweet man. and I so missed friend, Pattie. I take comfort now as they are together in heaven.
All of
family is in my prayers
In Christian love,
Jo Velasquez

What a wonderful family and a GREAT MAN.

So sorry for your loss. May you find peace in knowing he is at rest with Our Lord. Prayers to all.

Dear family members of cousin Wallace, please know that today Wallace is in the glorious presence of our Heavenly Father for all eternity, reunited with Pattie and other family members. Amen.

Get email updates about Wallace Cox delivered directly to your inbox.

Wallace P. Cox, age 91, of Sebring, FL, passed away at his home Friday, April 9, 2021. He was born July 5, 1929 in Palmetto, FL to the late Gordon and Veola Weaver Cox.  Wallace graduated from Palmetto High School in 1947, attended college and received his master’s in Education at Florida State University.  While in college he was “All American” volleyball player and on the National Championship Team.  He enlisted and served in the United States Army, stationed at Ft. Hood, Texas during the Korean War. He married Patricia (Pattie) Weaver in 1951 and they moved to Sebring in 1957.  He was a basketball coach, a teacher, Assistant Principal and then Principal of Sebring Middle School for many years until his retirement at age 60. He was a member of the First United Methodist Church of Sebring, the Sebring Firemen and served on the Sebring Utilities Board of Directors. He loved to hunt and fish with family and friends.  Wallace is survived by his children, Wallace “Wally” Cox (Tricia), Debra Hafford (John), Gordon Cox (Cheryl) and Mark Cox (Becky), all of Sebring; Sister, Mary Jean Forrester (Sterling) of Bradenton, FL; 14 grandchildren; 26 great grands with 3 on the way and many nieces and nephews.  He is preceded in death by his wife, Pattie; daughter-in-law, Ila McCall Cox; granddaughter, Kinsley Cox; brothers, Gordon “Buddy” Cox and William “Buster” Cox.  Funeral Services will be held at the First United Methodist Church of Sebring on Wednesday, April 14th at 11:00 a.m. with family receiving friends at 10:00 a.m. at the church.  The service will be live streamed at https://www.facebook.com/firstsebring

A private graveside service will follow at the Pinecrest Cemetery.  Memorial contributions in Wallace’s memory can be made to The Kinsley and Ila Cox Memorial Foundation, c/o Champion for Children Foundation of Highlands County, Inc. or to First United Methodist Church of Sebring-Community Garden.

Online condolences may be left at: