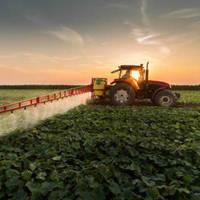 Charlie and I want to express our sympathy to Arlen, Bonnie and families. We are sorry for your loss. RIP Ed.

Get email updates about Walton "Ed" Wilcox.... age 90 delivered directly to your inbox.

Ed was born September 5, 1929 in Butler, Missouri. He was the only child born to Walton Weldon & Flossie Mae (Ruddell) Wilcox. He grew up in Butler where he attended school. Graduating from Butler High School in 1947.

After high school, Ed farmed for a short time until enlisting into the United States army.  He was sent to Korea during the Korean War. After two years he was discharged as a sergeant. Ed then went into farming again but also ran a gas station in Butler. He worked at a fertilizer plant for MFA for 5 years. Then in 1963, Ed built his own independent agriculture company called Paola Farm Chemical. He owned and operated his company until 1970 when a devastating fire burned his building. Ed then went to work for various agriculture equipment dealers. He ended his salesman career working for Fairbank Equipment. He retired in 2014.

Ed married Mildred Allene Blankenship on December 31, 1949 in Butler, MO. Together they had two children Bonita and Arlen. They made their home in Paola, KS. They were happily married for 63 years.

When he was not working, Ed enjoyed fishing. He and Mildred travelled to Minnesota to fish. They would also take a trip once a year to places all over the United States when their kids were younger. Ed was a past member of the 1st Christian Church in Paola. He at one time was a board member of the Kansas Fertilizer and Chemical Association.

He was preceded in death by his wife Mildred and his parents.