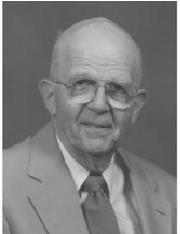 So sorry to hear of your loss.

Warren was a B-17 Flying Fortress pilot assigned to the 493rd Bomb Group/860th Bomb Squadron and stationed at Debach, England from December 1944 to April 7, 1945. On February 6, 1945, his 7th mission, his plane was shot down. Warren and 6 members of his crew evaded capture and eventually returned to Debach. Then, on April 7, his plane was again shot down; he and his crew were taken prisoner and served the last few weeks of the war as a POW.

Sincerest condolences from all of the volunteers at the 493rd BG Museum, Debach, England.

Warren served over here as a Pilot during WWII flying 19 missions before being taken POW for the last weeks of the War.

Warren was a wonderful man and friend! Always cheerful and friendly! He will be missed, but God bless his family with the wonderful memories they have.

We so enjoyed the times we spent with Mr. Whitson, and feel very fortunate to have known him. The stories he shared came alive as he told them. He lived a full life, and we feel blessed to have been a very small part of it for many years.

I'm so sorry for your loss.

Get email updates about Warren Whitson Jr. delivered directly to your inbox.

Warren Pickard Whitson, Jr. was born on December 14, 1918 and passed away on August 9, 2016.Warren was quite the decorated individual, and achieved many accomplishments during his time here on earth. He graduated from the University of Texas in 1940, and remained a devoted Longhorn fan for the duration of his life. After graduation, he flew as a B-17 pilot in World War II from 1942-1945. Once he returned to the great State of Texas, he joined his dad and brothers in the family business, Whitson Food Products/Mission Beverage Company. He also owned Golden Triangle Plastics.On top of all this, he served as a City Council Member, Mayor of Denton from May of 1962- September of 1966, and many other civic organizations. He was a member of St. Andrew Presbyterian Church, where he served as financial secretary for 26 years.Perhaps his greatest accomplishment was marrying Cecille Bell Monroe in December 21, 1941. He is preceded in death by his wife, who passed away on June 11, 1990, his father, Warren Pickard, his mother, Oda Joe, and two brothers Bill Whitson and John Whitson. He kept a close relationship with his four children, Warren Whitson and his wife Lola Lynn W. Carrico and her husband, Pat, Jane Stroud and Deanie Willis, who all live in Denton County. He had 11 grandchildren, 19 great grandchildren and 12 great-great grandchildren. To say he was loved by many would be an understatement. Warren's visitation will take place on Thursday, August 11, from 6-8 PM at DeBerry Funeral Directors. Services will be held at St. Andrews Presbyterian Church on Friday, August 12 at 2 in the afternoon. Honorary pallbearers are Douglas Boyd, Dan Clark, Bill Turner, Paden Neely, Ralph Flesher and Warren Kepke. In lieu of flowers, we ask for contributions to Ann's Haven VNA or the Warren Whitson Memorial Fund at St. Andrew Presbyterian Church.