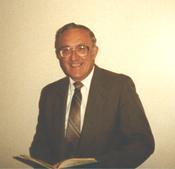 To the Talley family,

I am saddened to learn of Mr. Talley's passing. He was my 6th grade teacher in '65-'66 and the first teacher to get me to want to really put some effort into my school work. I have some great memories of that school year. My condolences.....

Thinking of Gene, Mark and the entire Talley Family. Sorry for your loss.

To the Talley family,

My condolences on the passing of Wayne. When my father passed away, a friend's parents told me that the true measure of a father is reflected in his children. Without a doubt, Wayne was a man of high character and morals, as these traits are strong in his wonderful family. I wish you peace in this difficult time.

Dear Marion,
Know that my thoughts and prayers are with you and your family.
Sincerely,
Carol

I worked for Wayne at Laidlaw Brothers in the 1970s. He was my first boss in publishing, and the skills I learned from him have lasted my entire career. He was an excellent writer/editor and an outstanding mentor. The people in his department worked hard to live up to his standards and earn his stamp of approval. I am grateful to have known and worked for Wayne and to have benefitted from his expertise and guidance. He often talked about his family, and I offer my sincere sympathy for...

I am keeping all of you in my prayers.
It is a lovely obituary.

Marion and family,
I offer my sincere condolences at this difficult time. You are in my thoughts and prayers.

I worked for Wayne at Laidlaw Educational Publishers in the early 1980's. I credit him with helping me to become the writer that I am today. He was a tough boss, expecting and demanding excellence but only because he cared so deeply about the quality of the products we produced. He was fair and had a great sense of humor. I hadn't seen Wayne in many years but...

Get email updates about Wayne H. Talley delivered directly to your inbox.

Wayne Howard Talley, age 80 of Villa Park, passed away on Friday, December 6, 2013 under the care of CNS Hospice.A memorial service will be held at 11:00 a.m. on Wednesday, December 11, 2013 at St. Paul Lutheran Church, 545 S. Ardmore Avenue, Villa Park, IL, with Rev. Steve Swanson officiating.Wayne Talley is survived by his wife of 49 years, Marion nee Hensel; children Gene (Sarah) of New Glarus, WI and Mark (Natalie) of Englewood, CO; four grandchildren, John, Rebekah, Keegan and Isabel; a sister Elayne Gill of Council Bluffs, IA and 3 nieces; and lifelong friend Wayne Kamm. He was preceded in death by his parents Howard and Helen nee McGee Talley.Wayne was a Korean War veteran. He received a BA from the University of Dubuque, Magna Cum Laude; BD from Garrett Biblical Institute; MA in Church History from Northwestern University. Wayne lied about his age so he could start working for the railroad a year early as a gandy dancer for a section gang. He never stopped working after that. The variety of jobs he held over the years included cutting lawns, selling door-to-door, stocking Brammer's Grocery Store in Dubuque, IA, Teaching 5th grade through high school English, teaching speed reading, managing student dormitories, and managing an apartment building. He also worked as a chauffeur, in several factories, and served as a Methodist pastor in Braceville/ Wilmington, IL. For many years he wrote and edited social studies textbooks, eventually becoming Executive Editor of Social Studies for Laidlaw Brothers, and later for Scott, Foresman, and Co. In his retirement he continued to do freelance writing and editing work and spent several years editing mortgage reports for Mortgage Market Information Services (MMIS).The other thing Wayne worked hard at was growing vegetables in his garden. Despite the fact that he could never find enough people to give away all the extra produce to, the garden was never big enough. He grew the most delicious sweet corn and tomatoes anywhere. He donated much of his spare time to service on various church committees and other ministries.Wayne loved history. In lieu of flowers, memorials may be sent to: The Colonial Williamsburg Foundation, P.O. Box 1776, Williamsburg, VA 23187-1776.