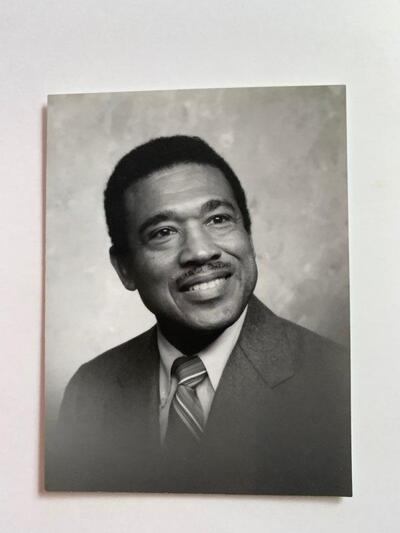 Dr. Butler was an extraordinary person who gave so much to Roanoke. He will be missed so much.

Sending my prayers and condolences to the Butler Family. Dr. Butler was my childhood dentist. Proud to have known such an accomplished gentleman. Dr. Wendell H. Butter, Fly High and Rest In Heaven, your work here on earth has been done!!

He was my dentist and barber shop mentor for many years.He would share his boyhood experiences while growing up in Texas.A great man and philosophical thinker .He was a tremendous asset to our community he said what he meant and meant what he said.He will be missed.

A real gentleman and one of the first dentists to greet me when I opened my office at The Roanoke-Salem Plaza in 1962. Peace be with Wendell and family. Keith Haley, DDS

Thank You for Your Service and SAVING SMILES♥RIP!!!

My dentist, my friend and one of my mentors in First Baptist Church and the community has gone. I always enjoyed talking with Dr. Butler, even up until a few weeks ago when he became ill. He was always interested in what I was doing and enjoyed our talks. I always appreciated his leadership as a Trustee of First Baptist Church, his friendship with my father and his encouragement all along the way. Dr. Butler, a great man, will be sorely missed in the Roanoke community. My condolences to...

Deep condolences go out to the Butler family.

Dr. Butler was a wonderful man of prominence, a part of Black History that I will always treasure. He will be greatly missed. May God keep you up in prayer during this difficult time. He was a great dentist for our family. Sincerely, Teresa Hogan

Get email updates about Wendell Butler delivered directly to your inbox.

On Thursday, November 5, 2020, Dr. Wendell Harding Butler, age 96, peacefully passed away in the comfort of his home surrounded by family.  He will be best known for his ability to live life vivaciously, with pride, dignity, love, integrity and grace. He lived by a simple mantra. “I can do it!” He often said if he wanted to do it, he could. That philosophy transcended throughout his life. At the youthful age of 15, he graduated from high school in Carthage, Texas, and enrolled in Prairie View College. He decided that he wanted to be a dentist, so he applied to the University of Texas (despite it being a segregated University at the time); because  “I can do it!”  He was denied entry. However, Texas University helped facilitate a full scholarship to Howard University .  “I can do it.”  It was at Howard that he met the love of his life, Susie Evelyn Sparrow.  They were married for over 71 years.  “I can do it!”

His life from there is a list of awesome accomplishments orchestrated by his faith, his ambition, and his spiritual and interpersonal strength. “I can do it!”.

From 1951-53, he was a member of the United States Air force and distinguished as Captain. “I can do it!“

He moved his family to Roanoke, VA in 1953 and began his dental practice that spanned over 35 years. “I can do it!“

All of his achievements were made through the grace of God. Dr. Butler was a steadfast 67-year active member of First Baptist Church, Gainsboro. He loved God and his church. He served as a trustee and a Sunday school teacher. He taught others to say, “I can do it!”

Wendell Butler loved to reflect on biographical and historical memories that are beloved by so many...one notable is  Juneteenth.

He made education a top priority for his four daughters. Wendell enjoyed long, fun conversations with his wife, children, and grandchildren. His guidance and love for his family will endure forever.

Dr. Wendell Butler was the oldest son of Thomas and Inez Butler of Carthage, Texas.  His brothers, Acie and Howard Butler, preceded him in death. This iconic man has joined his beloved wife, Susie, who passed away October 17, 2020. He leaves to cherish his memory, his four daughters, Wanda (Edward) Walters, Karen (Frank) McKinney, Carol (Stephen) Hughes and Susan (Calvin) Waldron, ten grandchildren and seven great-grandchildren.  In addition, there are a host of nieces and nephews in Texas, California and Michigan.