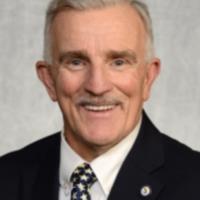 My condolences to the Bruno family. He was an amazing person, his enthusiasm, professionalism, love of sports and his loyalty to friends will always be cherished. Love you Billy.

William " BIlly" Bruno jr., a coach´s coach. His energy,enthusiasm,and work ethic made us all question our own comittment and ability. He showed coaches,all of us,how to get it done the right way. He made admirers out of everyone who worked with him and played for him. His personal life and professional life gave us all a template to strive for. I knew his father,the legendary Butch Bruno, and his mother Pat. They are proud of the man and coach they gave us. My regret is that I...

My deepest condolences to Jeannette and the Bruno family. I had the good fortune to meet Bill during his time at Pinelands. It was always a pleasure to run into Bill at various track & field events. Bill was respected and admired as a teacher and coach. May he rest in peace.

Bruno was a truly wonderful teacher, coach and person. He was passionate, driven, energetic, kind and funny. His presence will be missed for sure. He was one of those people who touched your heart and left an impact. He loved showing his history classes the movie "Glory" in which he was featured in as a Civil War reenactment extra. He was just too cool for school! I just adored him. The world lost a good man. My thoughts are with his family during this difficult time.

Bill was a kind and always helpful man. My late husband, Walter Woods, Athletic Director for Middletown Township, would always turn to Bill for any advise or suggestions. I am so sorry for your loss. May Bill rest in peace. Kathy Woods

So sorry for your loss,Bill was a great guy.

Bill was the kind of man that you could just sit and chat with. Always a smile and a kind word. You are missed by so many. Thank you my friend.

Yes, Bill had a positive influence on many people and groups. One of those groups was sports officials, who never failed to be greeted by Bill in an appreciative and welcoming manner upon their arrival to one of his sporting events. And one of this officials was me. Thanks Bill, for everything you did for all of the people who make high school athletics a great experience.

Get email updates about William Bruno delivered directly to your inbox.

Bill was a teacher, coach, and athletic administrator who touched the lives of so many students, athletes, teachers, coaches, officials and fellow administrators over the course of his magnificent career from 1976 to 2021.

Bill was a teacher at Manalapan HS, CBA, Asbury Park HS, & Pinelands HS. He earned Ocean County Teacher of the Year honors in 1998 while at Pinelands “Regional from the Asbury Park Press as well as the NJ Governor's Office.

Bruno coached football at Manalapan (‘76-’XX) & Pinelands (‘89-’92 & ‘98-’99).  He was winter and spring assistant track coach at CBA (‘76-’79) the head track & field coach at Manalapan (‘80-’82), CBA (‘83-’89) and Pinelands (‘90-’00). He led teams that went undefeated, won leagues, divisions & Shore Conference championships. He also coached 2 Penn Relays teams (CBA & Pinelands) to 1st place finishes.  Named coach of the year by the Asbury Park Press for Monmouth/Ocean in Spring Track twice & in Football. He was named the Coach of the Year in football and in Track & Field. He belongs to the coaching Hall of Fames for Pinelands Regional, NJSIAA/New Jersey Scholastic, the Shore Conference of High Schools & Christian Brothers Academy.

In August of 2015, Bruno was appointed as an assistant director at the NJSIAA and was tasked with overseeing the state’s cross country, winter and spring track seasons & was the meet director for each sports championship. He led NJSCA coaches’ clinics and Hall of Fame luncheons. He was a representative, member, director, presenter, instructor, & mentor for numerous programs in the State. Bill proposed and secured approval for Girls Wrestling in NJ.  He received the NIAAA-Certificate of Appreciation and the Shore Chapter of the NJSIAA Wrestling Association “Man of the Year”.

He also was a huge fan of the Miami Dolphins, The Who (went to over 50 concerts), and the Civil War (participated in re-enactments).  Bill’s love of this country & the great outdoors was exemplified when he received the National Park’s Volunteer 500 hours Certificate @ Theodore National Park-North Unit in North Dakota. (2014) - (Volunteer there from 2005 thru 2018)

He is survived by his wife, Dr. Jeannette Bruno;  his sons Kyle & Eric Bruno, his stepsons Cole & CJ Cameron & his spouse Alicia and granddaughter, Brielle.  His siblings Peter, Jimmy, Kathy Celli & Mary Pat Napolitano.   He is predeceased by his mother Patricia and father Butch Bruno, the legendary head football coach at Asbury Park High School from 1946-65

The family will receive relatives and friends on Wednesday June 23th from 1-4pm & 6-8pm at the Buckley Funeral Home, 509 Second Ave. Asbury Park NJ 07712. A Funeral Mass will be offered on Thursday June 24th in Our Lady of Mount Carmel Church, Asbury Park at 10:30am.

For Condolences and to view full obituary please visit www.BuckleyFuneralHome.net