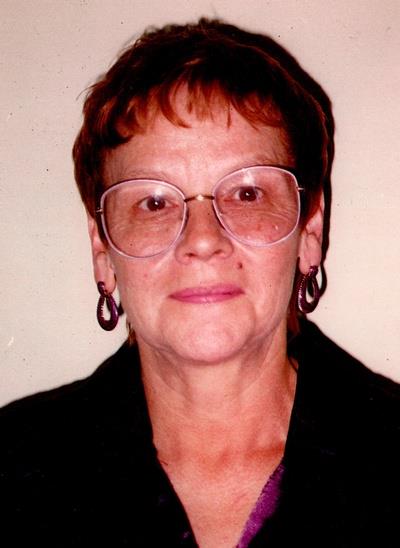 I had the pleasure to go to school with Alfreda and then many years later work with her at the Lafayette K mart where we were co-workers for a lot of years. It was a fun time. We connected as boss and employee and also as friends. It was a fun time working with what a former boss called "the fickle public". Each day was always different and fun. She will be missed alot. Rest In Peace My Friend!

So sorry to hear this. Please know you and the family are in our thoughts and prayers.

My husband worked with Alfreda for many years at Kmart and I also worked with her but for a shorter amount of time. He often says now, the closeness of the employees during that time made retail much more tolerable. The folk that worked there then share closeness even to this day. Very sorry for your loss.

Kelly sorry for your loss, Alfreda and I worked together for many years and was a great person

Sorry for your loss, prayers for family

Kelly,
I was very sorry to hear of Alfreda's passing. You are in our prayers.

Kelly,
Dave and I were so sad to hear of Alfreda's passing. She and I shared so many good times at KMart. Our thoughts and prayers are with you and your family.
Dave and Joyce Younts

So sorry to hear of Alfreda's passing,I worked with
her at Kmart 4008. She was always a joy to work
with. Prayers and thoughts with all the family
Teresa Arvin-Mundell

So sad to see this. I worked with Alfreda. She was a great person and friend. Prayers for all the family .

Get email updates about Willie Alfreda Hodgson delivered directly to your inbox.

Willie Alfreda (Freddie) Hodgson, 77, of West Lafayette, passed peacefully at home, on Monday, April 1st, 2019.  She was born on October 23rd, 1941 in Trimble Co., KY to Brent and Roberta Floyd.  Alfreda graduated from Jefferson High School in 1960.  She also received an Associates Degree from The Indiana Business College in 1962.  She worked briefly for McCord Candies and Warren Paper.  Alfreda began working at Kmart in 1976.  She was first Operations Manager at the West Lafayette store and then the Lafayette store.  She retired from Kmart in 2005.

She married Raphael Harry Short in 1962 and divorced in 1980.  Alfreda then married Kelly J. Hodgson on October 29th, 1982.  She is preceded in death by her father, Brent Floyd.

Alfreda enjoyed collecting owls, having spirited debates, listening to Motown and Elvis, knitting and crocheting, and participating in local craft shows.  She also love having holiday and family get togethers at home, monthly lunches with her friends, and raising her dogs Rowdy and Rudy.  A private service will be held at a later date.