The music of the Beatles is so enduring that many still consider it to be the best rock ‘n’ roll of all time, more than 50 years after the band’s debut. It consistently tops lists of favorites, from music magazines and rock aficionados alike. And the memories created by the Beatles are unparalleled. 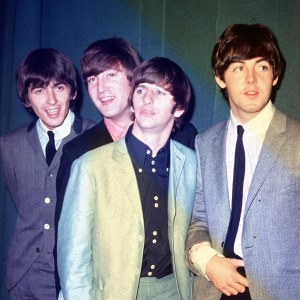 The music of the Beatles is so enduring that many still consider it to be the best rock ‘n’ roll of all time, more than 50 years after the band’s debut. It consistently tops lists of favorites, from music magazines and rock aficionados alike. And the memories created by the Beatles are unparalleled. So many of us can flash back to a moment in time that a Beatles song helped create … and that includes some of the top stars of rock ‘n’ roll. Below, we present a collection of quotes about the Beatles from other celebrities, as they reminisce about one of the world’s favorite musical acts.

“We were driving through Colorado, we had the radio on, and eight of the Top 10 songs were Beatles songs…’I Wanna Hold Your Hand,’ all those early ones. They were doing things nobody was doing. Their chords were outrageous, just outrageous, and their harmonies made it all valid… I knew they were pointing the direction of where music had to go.”

“There is no way I’d be doing what I do now if it wasn’t for The Beatles. I was watching The Ed Sullivan Show and I saw them. Those skinny little boys, kind of androgynous, with long hair like girls. It blew me away that these four boys in the middle of nowhere could make that music.”

“What the Beatles did was something incredible, it was more than what a band could do. We have to give them respect.”

“John had his thing, and Paul had his, and together there were two different things all together. But they fit.”

“Almost everything the Beatles did was great, and it’s hard to improve on. They were our Bach. The way to get around it may be to keep it as simple as possible.”

“I declare that the Beatles are mutants. Prototypes of evolutionary agents sent by God, endowed with a mysterious power to create a new human species, a young race of laughing freemen.”

“The Beatles did everything long before anyone else. They weren’t afraid to try things and to experiment with a lot of sounds. In 200 years, when you look up ‘rock and roll’ in the dictionary, it’ll have a picture of the Beatles next to it.”

“What an exquisite arrangement. The originality of that band continues to dumbfound me. I don’t know where they were drawing from, but it was such a magnificently original place.”

“Everything they did … incredible talent, man. It’s just amazing how great they were, how they influenced our culture, and how the music still stands up today.”

“Look guys, if you’re just going to stare at me, I’m going to bed!”