Just as important to Eddie Albert as his acting career was his activism.

Eddie Albert was an acclaimed actor – he was nominated twice for Oscars, for his roles in Roman Holiday (alongside Oscar winner, Audrey Hepburn) and The Heartbreak Kid, and he was prominent on TV as well, with roles on Falcon Crest and Switch… and one of our all-time favorites, Green Acres opposite Eva Gabor. 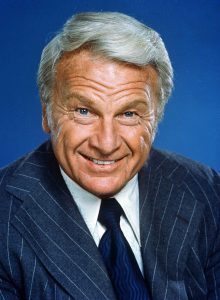 Just as important to Albert as his acting career was his activism. He was committed to fighting for social causes like Meals for Millions and the World Hunger Conference. And perhaps even dearer to his heart was the environment: he supported organic gardening and fought agricultural and industrial pollution; he founded the Eddie Albert World Trees Foundation; he chaired the Boy Scouts of America’s conservation program. And he co-founded the global environmental awareness celebration, Earth Day.

Eddie Albert, seen here in an undated file photo, died of pneumonia Thursday, May 26, 2005, at his home in Los Angeles, in the presence of his longtime caregivers and son Albert, family friend Dick Guttman said Friday, May 27, 2005. (AP Photo)

The first Earth Day took place on this day 42 years ago – April 22, 1970 (which, incidentally, was also Eddie Albert’s 64th birthday). Albert himself spoke at its inaugural ceremony, which was one of many events around the U.S. at which more than 20 millions people got together to protest pollution, learn more about conservation, and raise awareness of environmental dangers.

Forty-two years later, much has changed, thanks to the work of Eddie Albert and the other environmental crusaders who started Earth Day. We’ve begun the work of cleaning up our rivers and lakes, land and air. Children learn the message of conservation in school, and they carry it forward into their adult lives. But there’s still more to be done – and that’s why Earth Day is still celebrated in 2012. More than one billion people are expected to take part in Earth Day festivities and activism today.

Whether you’re planting a tree, attending a festival, learning (or teaching someone else!) about conservation, or just remembering to turn off the lights when you leave a room, we hope you’ll remember Eddie Albert today. 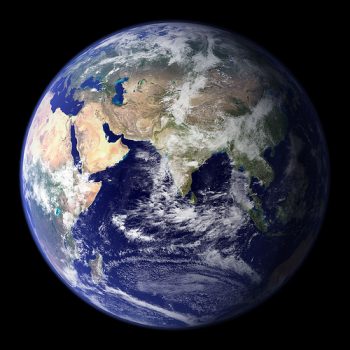