Elizabeth Taylor has been renowned for her beauty and style since her earliest days as a starlet. As we mourn her death at the age of 79, we look back at a few of her most notable looks.

From her earliest days as an adolescent starlet until her final years as an entertainment-world icon, Elizabeth Taylor has been renowned for her beauty and style. She has set trends, designed jewelry, and dazzled us with her opulent fashions. She even became in 1963, the first woman in Hollywood to be granted complete control and power of approval over all her onscreen fashions and publicity stills. As we mourn Taylor’s death at the age of 79, we look back at a few of her most notable looks. 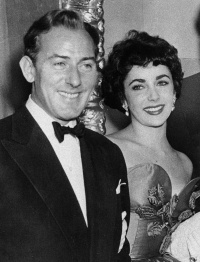 As a young star in her first adult roles, Taylor shrugged off the chaste styles of her child-actor years, turning toward more daring and sexy styles. In 1951, this strapless stunner was about as bold as it got in the fashion world. Also pictured is another of Taylor’s favorite accessories: a man. Not long after this photo was taken, Michael Wilding became her second husband. 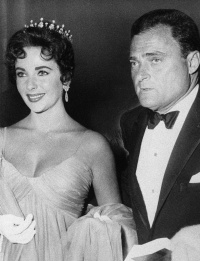 It’s not every woman who can pull off a crown and a goddess gown, but Taylor could. Pictured here with third husband Mike Todd in 1957 – just before her movie career became truly red-hot with 1958’s Cat on a Hot Tin Roof – Taylor shows off the glamorous jewelry that would become one of her trademarks.

In 1961’s Butterfield 8, Taylor showed us that while opulence was grand, she didn’t need designer gowns dripping with diamonds to look beautiful. Inspiring envy in countless women, she brought a plain white slip to new heights of glamour and sex appeal. 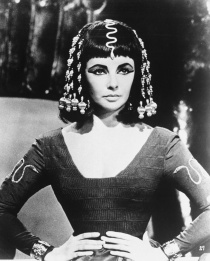 Quite the opposite of that simple slip was the ornate array of costumes Taylor wore for 1963’s Cleopatra. The movie won Taylor a spot in the Guinness Book of World Records for most costume changes in a film – 65. The heavy kohl eyeliner, extending far out into a stylized cats-eye shape, was seen on millions of young women in the 1960s. As for the elaborate headdresses Cleopatra wore… they may have just featured in the women’s fashion dreams. 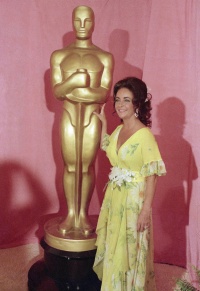 Elizabeth Taylor at the Oscars in 1974 (AP Photo)

Taylor’s star may have been at its brightest in the 1960s, but she remained stunning and fashionable even as her movie career slowed. In 1974 she showed off her ability to suit her style to the times, continuing to be on-trend in an earthy and flowing – but still stylishly flattering – evening gown. 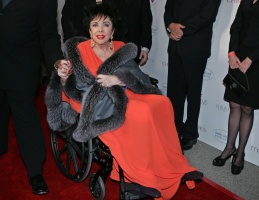 Ill health may have slowed Taylor down in her later years – she suffered through congestive heart failure, osteoporosis, several back-breaks and hip replacements – but it certainly didn’t stop her from displaying her love for fashion and her spot-on style. Even confined to a wheelchair, she could accessorize with the greatest of ease. Asked in 2009 to describe her personal style, she summed it up succinctly: “Enough is never enough.”