The success of “King Kong” made its leading ape and leading lady household names.

On March 2, 1933, a legend was born: King Kong was unleashed on the world with the release of the now-classic movie.

The success of “King Kong” made its leading ape and leading lady Fay Wray (1907 – 1904) household names. In the eight decades since the movie’s premiere, there have been massive advances in special effects technology — and countless numbers of newer, younger starlets gracing the silver screen. But King Kong and Fay Wray endure as cinematic icons.

When Wray was tapped to play the giant ape’s ideal woman, she was told, cryptically, that she’d be starring opposite the “tallest, darkest leading man in Hollywood.” She thought that meant Cary Grant, a young starlet’s dream. The truth, of course, was much stranger but Wray didn’t say no to the unusually hairy co-star (in fairness, he probably guaranteed Wray’s enduring fame more than a role opposite Grant would have). Donning a blonde wig so she’d stand out against Kong’s dark fur, she began practicing her screams.

“King Kong” was wildly popular, giving RKO Pictures its first profitable year ever and officially making Wray, who was already an accomplished actress, a star. Her stardom continued throughout the 1930s with a string of movies, many of which kept her in the “damsel in distress” role she’d perfected in “King Kong.”

Wray attempted to leave acting in 1942, but her retirement didn’t last long. By the early 1950s, she was back on the silver screen, adding to her lifetime total of 100 movies. The ’60s and ’70s saw her make guest appearances on TV shows like “Perry Mason” and “Alfred Hitchcock Presents.” She wrote an autobiography (“On the Other Hand”), was featured on a postage stamp in her native Canada, and was honored with a star on the Hollywood Walk of Fame. She was even the opening line of a song from “The Rocky Horror Picture Show”:

“Whatever happened to Fay Wray? That delicate satin-draped frame…”

But throughout the years, it was “Kong” we remembered her for. That’s what we wanted to hear about whenever Wray made an appearance. And, graciously, Wray never seemed to resent our fixation — she even thought of Kong as her PR man. 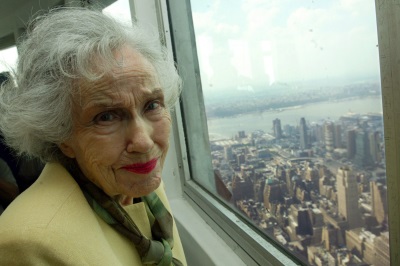