Elvis Presley died 40 years ago, but the King lives on. 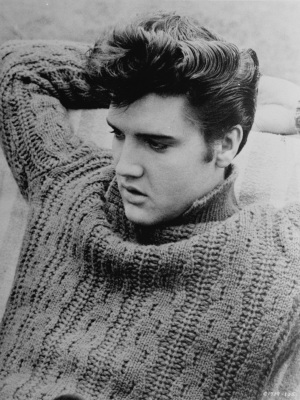 Elvis Presley. There aren’t many who are as widely loved or instantly recognizable.

Elvis is among an elite few (Prince, Brazilian soccer, and volleyball players aside) who are known to all by a single name – and one of an even smaller number whose talent and accomplishments have made them pop culture royalty. Even Godfather James Brown has to share his title with Marlon Brando.

But the King of Rock ‘n’ Roll is simply the King.

Forty years after his death, Elvis still seems almost as relevant, almost as prominent as he did during his prime. His music is covered on American Idol, played on the radio (Sirius/XM even has a dedicated Elvis channel), known by the whole world. Relics of his life and career sell for tens of thousands of dollars. It’s been 40 years, but we still look at photos of Elvis, watch his movies, listen to his music, make pilgrimages to Graceland, follow the ups and downs of his daughter Lisa Marie and ex-wife Priscilla… Elvis may have left the building, but his legacy lives on.

What is it about Elvis Presley that keeps us enthralled? Despite the rhinestone-studded jumpsuits, he wasn’t the most glamorous celebrity, not like his contemporary Marilyn Monroe. Still, like Monroe, he represents a time gone by – not to mention a thrilling moment in music history. 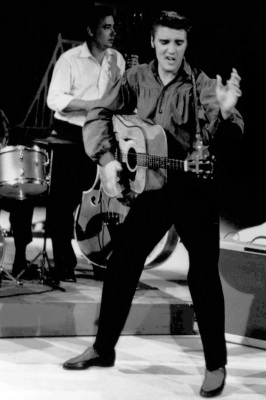 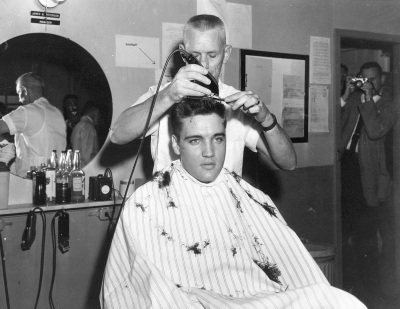 His gyrating hips made quite a splash at the time, though he is tame by today’s standards. Elvis was clean-cut, well-mannered and gentlemanly, and his music was not overly or overtly sexual. And despite his international celebrity, he still often managed to come off like a regular guy – he was the poor, small town boy who made it big but never forgot his roots (or his mama); the rock ‘n’ roll movie star who liked singing gospel with his long-time friends and bandmates; the patriot who served in the Army (how many top stars do that these days?) and tried to be treated like just another soldier.

Elvis may have been a regular Joe at heart, but there’s no denying that he was especially and devastatingly handsome. As TV director Steve Binder put it, “…you stop, whether you’re male or female, to look at him. He was that good looking. And if you never knew he was a superstar, it wouldn’t make any difference; if he’d walked in the room, you’d know somebody special was in your presence.” And if you didn’t know it from looking at him, you’d certainly realize it when he started singing. No one could sing like the King.Here’s a look back at the one and only, Elvis Presley.

When Elvis performed on The Ed Sullivan Show and in his other early TV appearances, he delighted a nation of teen girls – and terrified their parents.

As Elvis’ recording career boomed, his movie career quickly took off as well.

Though he was proud to serve, Elvis worried that his time in the Army would hurt his career. If anything, it just made it stronger. He had a string of Top 40 hits while in the service (gleaned from previously unreleased material), and his comeback album included gems like “Hard Headed Woman” and “Are You Lonesome Tonight?”

In 1967, the dreams of millions of swooning fans were dashed when Elvis married Priscilla Beaulieu after a seven-year courtship. 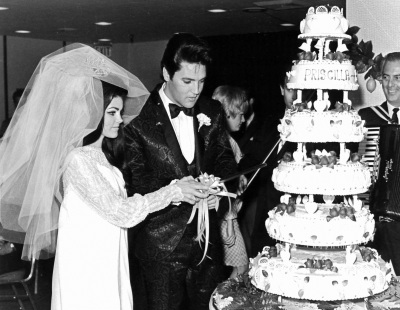 He may have been a married man, but he still had what it took to make everybody look. 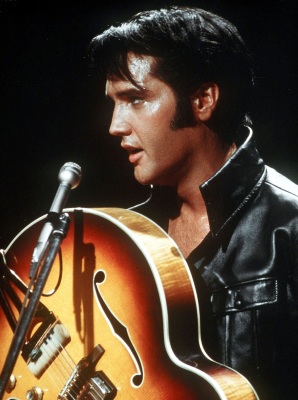 Elvis holds his semi-acoustic guitar during a concert in 1968. (AP Photo)

Everyone loved Elvis as a new daddy, too. 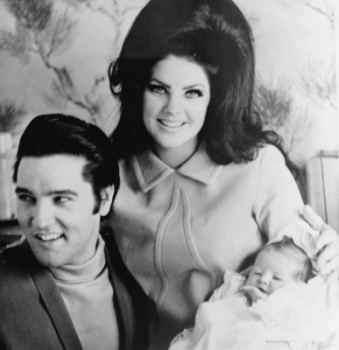 Forty years after he left us, we still – and always will – love Elvis Presley.