Fred Gwynne’s biggest role was one that rendered him virtually unrecognizable.

Character actor Fred Gwynne was born July 10, 1926. Below, we look at the roles – Munster and otherwise – that made him a star.

Another actor might resent being remembered primarily as a made-up monster, but not Gwynne. As he said of the character years later, “…I might as well tell you the truth. I love old Herman Munster. Much as I try not to, I can’t stop liking that fellow.” 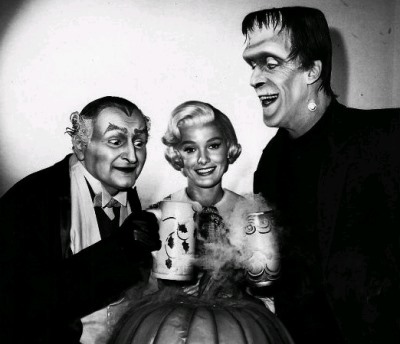 We think it’s great that Gwynne and Munster got along, but we’re also glad he had the chance to play a variety of other parts. Even if the Frankenstein wannabe was his most famous creation, there was more to Gwynne than a flattop. Here are a few other roles to remember him by.

Gwynne’s big breakout was sitcom Car 54, Where Are You? Though the show lasted only two seasons, it got Gwynne noticed – and gave him a chance to show off his singing skills.

Throughout the 1980s and ’90s, Gwynne found big screen success with a series of supporting roles. His turn as heavily-Maine-accented neighbor Jud Crandall was a highlight of the spooky 1989 adaptation of Stephen King’s Pet Sematary.

In 1992’s My Cousin Vinny, Gwynne brought gravitas to a courtroom beset by Joe Pesci’s northerly ways and lawyerly antics.

Gwynne died July 2, 1993, of pancreatic cancer, just a little more than a year after My Cousin Vinny was released. It was his final role – and it is a great one to remember him by. Of course, so is Jud Crandall, or Patrolman Francis Muldoon, or even Herman Munster.