If you’re reading this over a Wi-Fi connection, you have Hedy Kiesler Markey to thank.

If you’re reading this over a Wi-Fi connection, you have Hedy Kiesler Markey to thank. But then you probably know her as actress Hedy Lamarr.

On Aug. 11, 1942, United States Patent 2,292,387 was issued to George Antheil and Lamarr for their frequency-hopping “secret communications system.” Using a piano roll, the device was able to switch between 88 radio frequencies, an ability its creators hoped would make radio-guided Allied torpedoes more difficult for Axis powers to detect during World War II.

Antheil was at the forefront of avant garde music and had experimented with player pianos as compositional instruments, his most famous work being “Ballet Mécanique,” the soundtrack for a 1924 short film that incorporated 12 player pianos and an airplane propeller. A native of Trenton, New Jersey, he had spent much of the 1920s in Berlin and Paris. Fearing Hitler’s rising influence on the continent, he returned to America in the mid-1930s to work on film scores.

While in Hollywood, he met Lamarr at a party. Born Nov. 9, 1914, to a Jewish family in Vienna (her mother was Hungarian, a native of Budapest), she had already led a full and adventurous life, gaining notoriety for her nude swimming scene in the Czech film “Ecstasy” before marrying Friedrich Mandl, an Austrian munitions manufacturer 13 years her senior. He forced her to end her acting career and kept her virtually imprisoned. When Lamarr found out her husband was selling munitions to Hitler, she fled to Paris and later London. It was there she met Louis B. Mayer, who brought her back to Hollywood, changed her name to Hedy Lamarr, and resurrected her acting career. 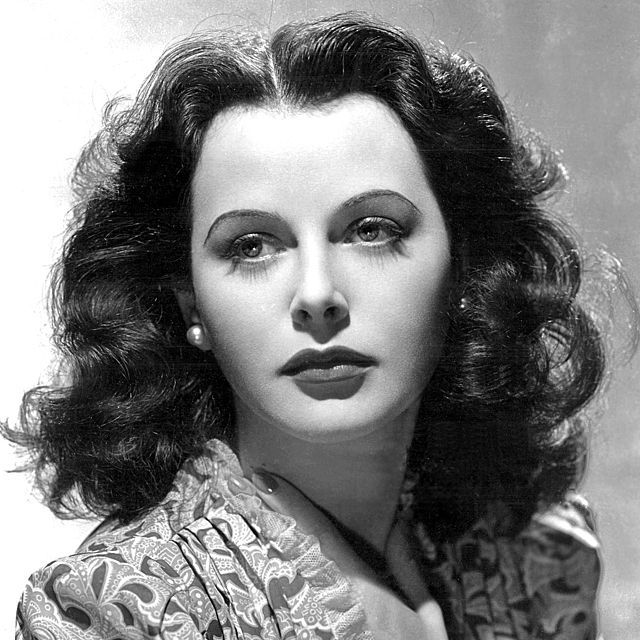 She was also anxious to contribute to the war effort, and while married to Mandl had learned a great deal about weapons technology. Knowing that torpedoes depended on radio frequencies for guidance — and that these frequencies could be picked up by enemies — Lamarr had the idea of rotating between different frequencies in real-time. Antheil had the practical knowledge to make it work, and the pair hired an MIT engineer to help solve technical dilemnas.

They were granted a patent in 1942. The U.S. Navy explored their frequency-hopping device, but found implementing it impractical.

But the concept itself was not forgotten. With better 1950s technology, other engineers began exploring similar devices, developing a “spread spectrum” technology for encrypted communications. During the Cuban Missile Crisis, secure messages were exchanged using concepts first championed by Lamarr.

In the mid-1980s, the U.S. declassified spread spectrum technologies, making them available for commercial use. The concept Lamarr helped develop is what makes modern day Wi-Fi possible.

In 1997 when the Electronic Frontier Foundation bestowed a pioneer award on Lamarr for her part in inventing spread spectrum technology, it noted that the technology was used “in the products of over 40 companies manufacturing items ranging from cell phones to wireless networking systems.” In the 13 years since, one imagines that number has greatly increased.

Lamarr died Jan. 19, 2000 at her home in Florida. Though she is best remembered today as an exotic import from the days of classic Hollywood (and, to a lesser degree, as a running gag in Mel Brooks’ movies), her contributions to communications technology remain an important if largely unknown part of her legacy.