Here’s to You, Anne Bancroft

Anne Bancroft had a long, rich career on stage and in film and television, but she is best remembered for her turn as the prototypical cougar.

Anne Bancroft (1931 – 2005) had a long, rich career on stage and in film and television, winning Tony, Emmys, and an Academy Award. But she may be best remembered for her turn as the prototypical cougar.

Despite being Bancroft’s most iconic character, Mrs. Robinson of “The Graduate” wasn’t her favorite. She later confessed that she was ambivalent about the role, since it overshadowed her other work. And for the record, Bancroft was no cougar: in real life, she was only six years older than her “much younger man” costar Dustin Hoffman. 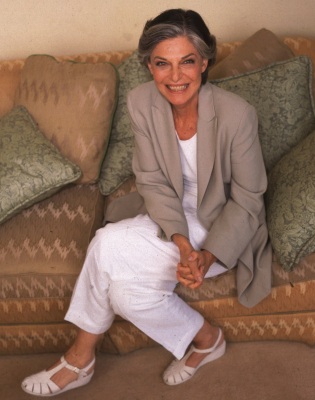 Many of Bancroft’s other great roles saw her playing much more wholesome types, like Helen Keller’s teacher Annie Sullivan, in “The Miracle Worker.” Bancroft played the part on Broadway, winning a Tony. She then became one of an elite few actors to win a Tony and win an Oscar for the same role when she reprised the character in the cinematic version.

Bancroft went on to receive four more Academy Award nominations, including for her work in “The Graduate,” as well as her portrayal of the Mother Superior in 1985’s “Agnes of God.”

Of course, Bancroft wasn’t always quite so deeply serious. How could she be? After all, she was married to funnyman Mel Brooks for 40 years. Bancroft was in several of her husband’s movies — sometimes appearing alongside him, as in “To Be or Not To Be.”

Today, on her birthday, we say, here’s to you, Ms. Bancroft. We love you more than you will know.