Home > News & Advice > News Obituaries > The Stars of Rebel Without a Cause: Gone Too Soon

The Stars of Rebel Without a Cause: Gone Too Soon

James Dean was the first of the stars of “Rebel Without a Cause” to die young and unexpectedly, but he wouldn’t be the last.

The film “Rebel Without a Cause” was a groundbreaking story of teen angst. Its rebellious and troubled suburban teenagers were new to the silver screen, and they served as blueprints for countless movie roles that followed. First released in October 1955, “Rebel Without a Cause” was named to the National Film Registry in 1990 as a culturally significant film, and it appears in various lists of all-time greatest movies.

“Rebel Without a Cause” is memorable for lots of reasons, but at the heart of its legendary status are its stars. James Dean, Natalie Wood, and Sal Mineo, perfectly captured the essence of mid-1950s juvenile delinquency.

And not one of them made it past age 43.

At 24, James Dean was the youngest of the trio to die. A fast car aficionado who loved competing in road races, Dean was driving his Porsche 550 Spyder to Salinas, California, for a race. An oncoming car took a curve badly, drifted into Dean’s lane, and hit the Spyder head on. Dean was dead within minutes. Although he got a speeding ticket earlier in his drive — cited for going 65 mph in a 55 zone — Dean didn’t appear to be at fault, and accident reports indicated he was driving about 55 mph at the time of the crash.

At the time of his death, Dean was known for his recent turn as emotionally-troubled Cal Trask in “East of Eden.” “Rebel Without a Cause” wasn’t even in theaters yet (its release date was a month off) and his final movie, “Giant,” would be released the following year. But even with just one successful movie on his résumé, Dean became the object of fervent grief upon his death. “Rebel” film locations were instant tourist attractions, while fans and imitators around the country looked for copies of Dean’s iconic red jacket from the movie.

Rumors abounded after the accident — Dean was disfigured, but not dead; a hitchhiker had been killed and Dean was in hiding; or Dean was truly dead and the victim of a curse. Indeed, just a month before his death, Dean had filmed a TV spot in which he offered this ad-libbed advice to young drivers: “Take it easy driving — uh, the life you save might be mine.” Spooky, but inconclusive. Not long after that PSA, Dean met Alec Guinness and showed off his new Spyder. Guinness thought the car looked “sinister” and cautioned, “If you get in that car, you will be found dead in it by this time next week.” Dean died seven days later. 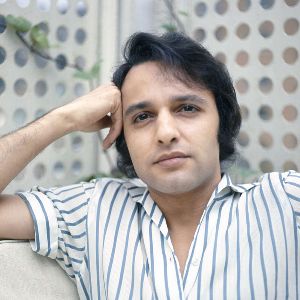 Sal Mineo was a virtual unknown when he was cast in “Rebel Without a Cause” as Plato, the troubled and sensitive young man who seemed to pine for Dean’s Jim Stark. Mineo portrayed Plato so well that he quickly became typecast, playing the angsty teen over and over. But eventually he couldn’t pull off teen roles anymore, and the offers of work tapered off.

As film roles dried up, Mineo moved on to directing and took smaller roles for stage and television. Though he had been a popular actor in his day, he never quite achieved James Dean-style leading man status. In the 1970s, when controversial personal revelations would be less likely to damage his career as they would have been 20 years before, Mineo opened up about his bisexuality. Soon after, he seemed poised for a comeback on the strength of his well-received role as a bisexual burglar in the hit play “P.S. Your Cat Is Dead.”

The comeback wasn’t to be. On Feb. 12, 1976, Mineo was stabbed while on his way home from a rehearsal for the play. He was just 37. The killer escaped, and witnesses near the scene gave varied accounts of his physical appearance. Several motives for the murder were floated, including robbery (although Mineo was left with money, jewelry, and car keys on his person), drugs, and sexuality. But his death remains shrouded in mystery. Even the man who eventually confessed to the murder didn’t match any of the witnesses’ descriptions, and claimed he had no idea who Mineo was. 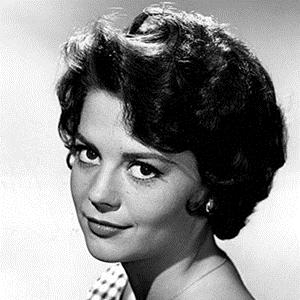 Natalie Wood, Mineo’s “Rebel” co-star, was among the celebrities who attended his funeral. But by then, she didn’t have many years left to live.

Before she was cast in “Rebel Without a Cause,” Wood had been successful child star in such films as “Miracle on 34th Street.” “Rebel” was the movie that catapulted her to fame as an adult, and she followed it with a string of successful movies such as “West Side Story,” “Splendor in the Grass,” and “Bob & Carol & Ted & Alice.” By 1981 she was filming “Brainstorm” opposite Christopher Walken, and she had further work lined up including the play “Anastasia” and the movie “Country of the Heart.”

In November 1981, Wood was in California, shooting interior scenes with Walken. The day after Thanksgiving, the two actors, along with Wood’s husband, actor Robert Wagner, headed to Catalina Island for a weekend getaway. On the night of Nov. 28, the group was on the Wagners’ yacht. At some point during the wee hours, Wood disappeared from her stateroom. She was found down current later that night, drowned.

The official word was that Wood, having had several glasses of wine that night, stumbled while trying to fasten down the ship’s dinghy. But not everybody is sure the death was an accident. Theories abound and murder has been suspected. (In 2011, Woods’ sister reopened the case of her death.)

Although she was only 43 at the time of her death, Wood lived longer than either of her “Rebel” co-stars. We remain fascinated with all three today, thanks to their short lives and tragic deaths… and their memorable work in “Rebel Without a Cause” and other films.